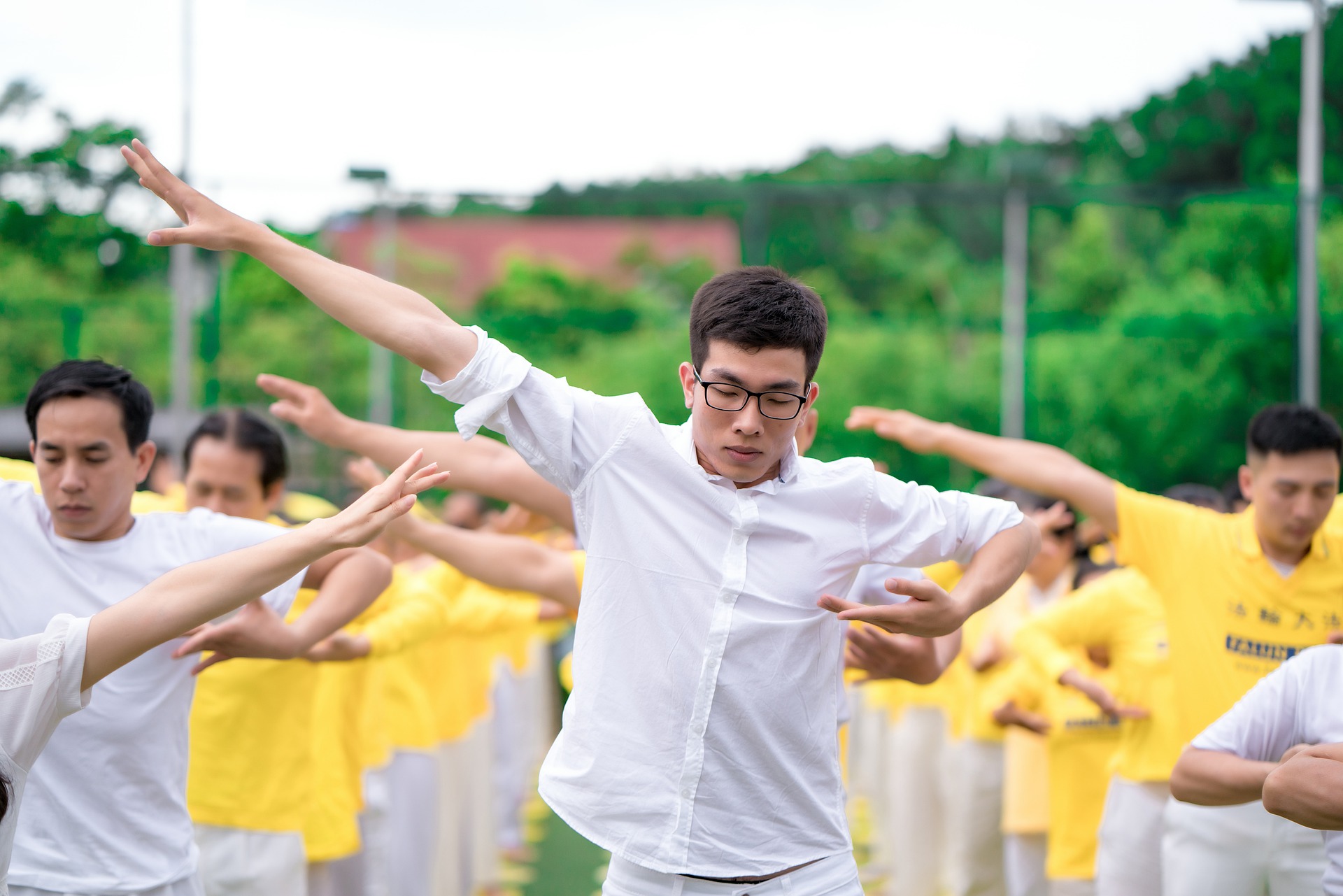 Amy explains that when her school was closed down in 1966. When the Red Guard began the “Big Revolutionary Serious”, with the schools closed, the students with the right family backgrounds were encouraged to join the Red Guard. Those with the wrong family could join too, but not join the Red Guard. Amy had two brothers, the older of which, who had been sent to a boarding school for discipline, planned to stop a train with some companions to take them to Beijing to see Mao give a speech. They lay down in the train tracks to stop the train, but it was the wrong train.

Amy’s best friend formed a group she joined and went to the train station. Amidst a “human ocean” they managed to climb up to the window, but could not fit in and fell hurting her arm. Eventually she made it into the train, but the train did not go all the way to Beijing. They ended up at a school clinic who treated what turned out to be a fractured bone. She still insisted on going to Beijing.

They next day, staying in a large room with many kids, including many from Northern China who did not like the Southern Chinese. The Northern Chinese were very mean to Amy’s group. Amy’s friends decided to go home. Amy found a group who was intending to follow Mao’s long march and joined them.

The new group demanded money from Amy to join them. They insisted Amy ask her parents for the additional money. Amy decided to contact her second brother, which he sent, saying he was sorry he did not take her to Beijing. After two or three days walking, all of the girls in the group wanted to go home. The remaining 10 boys wanted to continue without the girls. They made sure Amy was on a train back to Shanghai.

After returning home, Amy tried very hard to find someone to take her to Beijing. She found a cousin willing to take her in December of 1966. Every day for 51 days in Beijing she would meet with a very intellectual group who knew a lot of Chinese culture and history. Amy became a pen pal of the director of the Opera.

Nan explains the extent to which Chairman Mao was worshiped “as a god”.

Michael Olsen explains that the speech Mao gave instructed the kids to “Kill the four olds”, old ideas, old customs, old habits and old culture. Up to 20 million people were killed during that revolution. Some of the bloodiest fighting was between the different Red Guard factions and between the Red Guard and the military.

Michael describes Chairman Mao’s goal as being the spread of global communism and explains the Xi Jinping is a great admirer of Chairman Mao.

Michael describes how, during his studies of China, he would look for something that was true in both China and the US.

Confucius says, “What I do not which men to do to me, I do not wish to do to men. “
Jesus says, “Do to others, what you would have them do to you. “

What Mao saw was a world of inequality that needs to be fixed. To achieve this equality, he would use pogroms to eliminate his enemies. He instituted 22 such pogroms between 1949 and 1967. The Cultural Revolution was the last of Moa’s pogroms. Prior to that, during the Great Leap Forward, the Four Pests Campaign was instituted to illuminate Rats, Flies, Mosquitoes and Sparrows. The Sparrow was considered a threat to crops.

The CCP branded the Sparrow a “capitalist animal” that had to be squashed. The people scared or killed sparrows in a mass mobilization that lasted 2 years. The CCP estimated they killed 1.5 billion Rats, 220 million pounds of flies, 24 million pounds of mosquitoes and 1 billion sparrows. A couple of very daring biologists dissected sparrows and discovered they they primarily ate locusts. Somehow this information made its way to Mao and he removed the Sparrow from the list, replacing them with bed bugs. However, the sparrow was already gone and a massive plague of locusts ensued, contributing to what became known as the Great Chinese Famine killing as many as 50 million people.

Amy recalls her mother pawning her wedding ring to pay a customs fee to receive some chocolate during the famine. The customs officials stole the chocolate, but still demanded the customs fee.

Billy introduces Levi Browde, Executive Director with the New York based Falun Dafa Information Center. Levi suggests that the CCP has been tracking Falun Gong practitioners abroad for decades. He describes Falun Gongs rise being related to both the health benefits and the spiritual relationship to traditional Chinese culture. Chairman Jiang Zemin also saw an opportunity to demonstrate his power and communist credibility by brutally cracking down on Falun Gong practitioners.

Amy suggests that Jiang Zemin used the Falun Gong crackdown to remove his political opponents. However, Jiang wanted to conduct the crackdown in secret to avoid attention from the West. Levi goes into detail on the April 22 incident, explaining that it was Jiang Zemin alone who pushed forward the crackdown.

Levi suggests that the threat of revealing the abuse of Falun Gong is a major fear of the CCP, because, unlike the treatment of the Uyghurs, it reveals the malicious nature of the Communist Party to the world.

Levi suggest that if big media remains silent, we need to find other ways to disclose the actions of the CCP regarding the persecution of the Falun Gong.

Nick describes having known about Falun Gong for some time and suggests that doing something unusual can attract negative attention.

Mike asks for Levi’s website and suggests that it is surprising that the US government has not done anything about the persecution of Falun Gong.