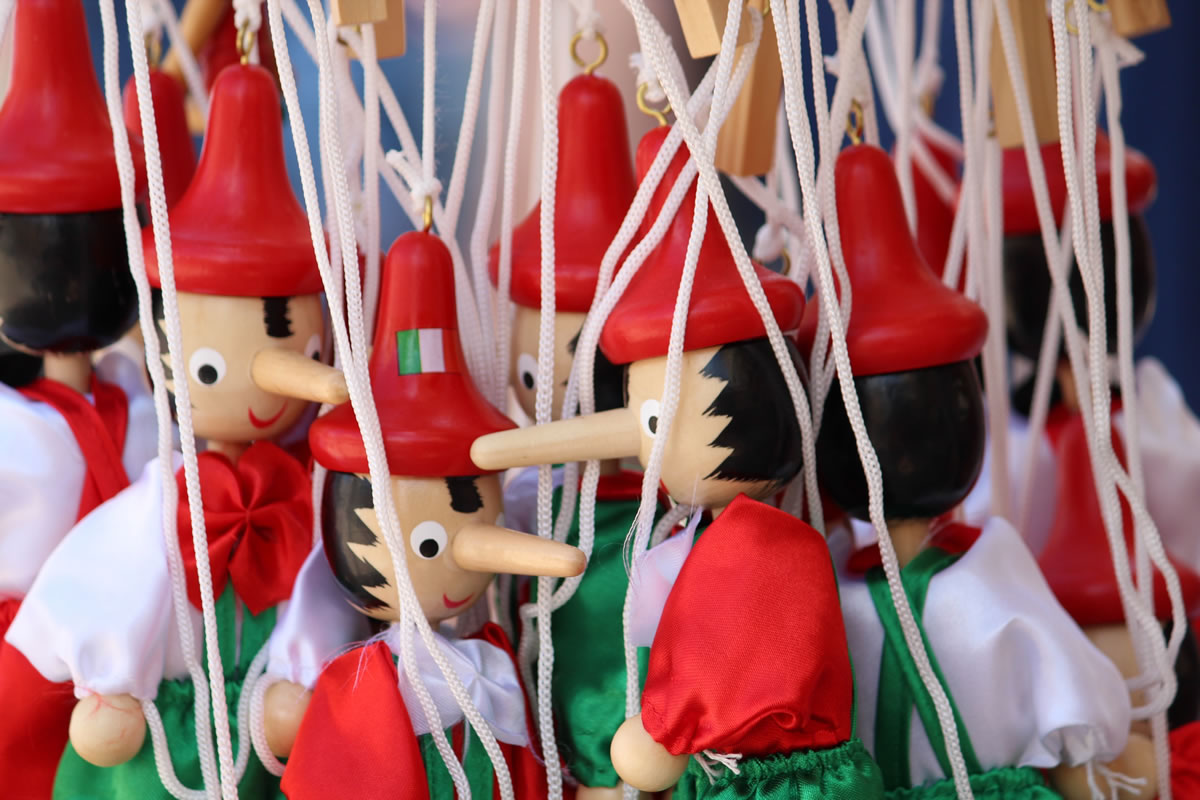 Amy continues the tragic love story Mai and Lei, the story she calls “the Red Camilla”. Amy recalls Mei telling her that she had decided not to marry Lei, under great pressure. Mei was distraught, but did not tell Amy the details. She did explain that, if she married Lei, her elderly mother would be evicted and sent to live in the country side. Mei also explains that Lei’s brother and sister in law were doctors in the jungle near her village and they could tell Amy the details.

A few years later, Mei wrote Amy a letter explaining that there would be a film crew formed to video propaganda about the work camps. Mei recommended Amy to be part of the film crew. Amy had been writing a diary of her experiences, mostly focused on her travels, the scenery and many exotic stories, which she sent to Mei. Mei sent the story to the committee who used it as an internal publication.

When the official arrived, he surprised Amy by asking her if she knew Mei’s story.

The Mei and Lei were living together. She had become pregnant and was due to be married to Lei in a few days, but Lei was arrested and thrown in jail. Because Mei was not married, she was pregnant illegally. So, she had to get rid of the baby. She needed a certificate from her work unit to get an abortion. Lei’s brother and sister were doctors who could help, but Mei needed documentation with a seal. Since she worked in the office, she forged the seal. Mei’s boss knew she had forged the seal and wanted her sexual favors to not disclose her forged document.

Amy was surprised and confused as to why the official had told her this. Amy said they are both her friends and even if it is true, she didn’t want to know.

Olsen asks if destroying this romantic relationship was a part of the Cultural Revolutions brainwashing. Amy says, “definitely”. She points out that anything personal was considered dangerous and that a persons only legitimate commitment was to the party.

Nan mentions that the entire Chinese media world has been completely silent about the Chinese American, Chloé Zhao, who won the Oscar for her documentary “Nomadland”, simply because she had said 8 years ago that “China is a place full of lies”. Amy recalls that, even though she has long since left China, she still feels she is not free. She still has nightmares, feeling she is the prisoner of their brainwashing.

Nan suggests that it is hard for Americans to comprehend what it is like for people who have had the kinds of experiences Amy has had. Olsen discusses how the social credit system will make it possible to keep complete track of people, to be “your new god”. Nan mentions that police wear sunglasses which will show any persons social credit score in 3 seconds. Olsen mentions that your ability to buy anything or travel will be controlled.

Billy expresses concern that he might have the wrong job. Olsen explains that there are already CCP social credit surveillance systems in Vancouver. He suggests that it won’t be too long before the CCP is able to “string together everybody in the world”.

David Masters joins the show. Billy explains that he is a Award-Winning Radio Producer – Voice Over Artist and the author of the book “How to escape… The Prison For Your Mind: How the war between good & evil is waged in the battlefield of the mind“. David describes how his dad Roy Masters was a hypnotist in his early days. He dad once said that we are all already hypnotized. The way we become hypnotized is by being stressed, because fear and stress are a “perfect storm” for mind control.

David suggests that the current attempts to prosecute Rudy Giuliani are a signal to anyone who supported Trump that they may be subject to prosecution as well.

David describes the testimony of Edward Hunter to congress in the 1950’s about the implementation of the mind control process in China by creating constant fear of reprisal. People were forced to live in a state of constant worry “which manifests its self as capitulation”.

David mentions that Sony has a patent for a “real life matrix”. He describes how “that is what we are seeing now in America and throughout the world”. He suggests that we have to define what is real and what is illusion. He points to the conflation of belief in the principles of the founding fathers and white supremacy. He says that the average person is afraid to accept the idea that they are not in charge of their own lives and suggests that the educational process has a curriculum with built in mind control.

Billy describes how he’s become more conservative with age and asks if David sees the same thing. David agrees and says that we exchange out life work for individual wealth, then mentions that was also the reason so few people escaped from Nazi Germany.

Amy discusses how she enrolled at UC Berkley in 1982. At that time there was a book called “Life and Death In Shanghai”, which described the Cultural Revolution. When she was asked if the book was true ans she said it was, she was told she had been “brainwashed by American propaganda” by both the professors and students. She decided not to go to Berkley.

David describes Edward Hunter’s 1956 book “Brainwashing”, in which he describes brainwashing as a system of “befogging the brain so a person can be seduced into acceptance of what otherwise would be abhorrent to him” and that brainwashing was being disguised as education. David suggests that the education system was the “Achilles Heel” of the United States.

Nan asks if David thinks there is any way the Chinese people will escape from their brainwashing? David suggests that “the Borg” in Star Trek all come from the same mind set. People that are in that “hive mind” think that liberated people are crazy. He sees us being dragged from reason and logic toward a shame based system.

Olsen talks about how Mao had lost influence over the intelligentsia, but kept control of the children. He later unleashed the children on the teachers and professors.

David mentions The Organization Of Human Understanding, which works to bring people back into control of their own mind. David describes mental techniques to resist mind control influences. “As you awaken, the mental matrix looses control”.

Sun (aka Mrs. Future) joins us to describe the documentary “One Child Nation”, which explores China’s One Child Policy. The documentary was created by a daughter in a family, who was given special permission to have a second child. She creates the documentary from the perspective of becoming a mother in the US, where she has the ability to choose how many children she had.

Amy recalls her two doctor friends who had severe complications from a poorly designed diaphragm. They recalled that, if anyone found out they had removed the diaphragms, they would be forcibly dragged to a hospital to undergo some abusive procedure.

Nan mentions that there is an imbalance between the number of men and women. Right now in China there are 1.2 men for every women. China’s average age is much older than most countries. Amy mentions that the new policy is to insist that every new married family has to have two children. Michael Olsen mentions that, though the One Child Policy was successful in limiting the population, the majority of those children are men. He describes how families will buy homes as a way of acquiring wealth, which in turn makes a young man more attractive to women.

Sun describes how the documentary’s producer had many female cousins who were never born, put up for adoption, sold into human trafficking or abandoned. The documentary extensively covers the abuse of female children. It also exposes the practice of forced abortions.

Olsen Wonders, as China implements its digital currency and social credit system throughout the world, “what are we going to do?”

Nan describes the Chinese brainwashing as something that starts at birth. Michael talks about the 1941 “rectification campaign”, where Mao took over the CCP. The power of brainwashing was discovered in the use of self criticism sessions. Nan recalls when he came to the United States in 1989, 5 months before the Tienanmen Square Massacre, he relearned the history of China and discovered that everything he had learned was not true. Nan recalls that growing up, all the songs they knew were communist songs.

Willow calls to describe brainwashing within a family and describes how her family had been made out to be “some kind of god”. He eventually committed suicide. Everywhere she went she found brainwashed people.

Downtown Al suggests the social credit situation has already come to the US in the form of “Cancel Culture”. Billy talks about how we do have “credit scores” with regards to our ability to get a loan. Nan point out that those are not political. Michael Olsen suggests that something you may have said a decade ago may have been appropriate at that time, but not now.

Shane calls from Australia. He’s looking at the conditioning of children which comes from video games. He thinks Australian culture was damaged by Television. He says KSCO is a “lighthouse for human consciousness”. Shane suggests that the Pavlovian conditioning in computer games should encourage environmental awareness rather than violence.