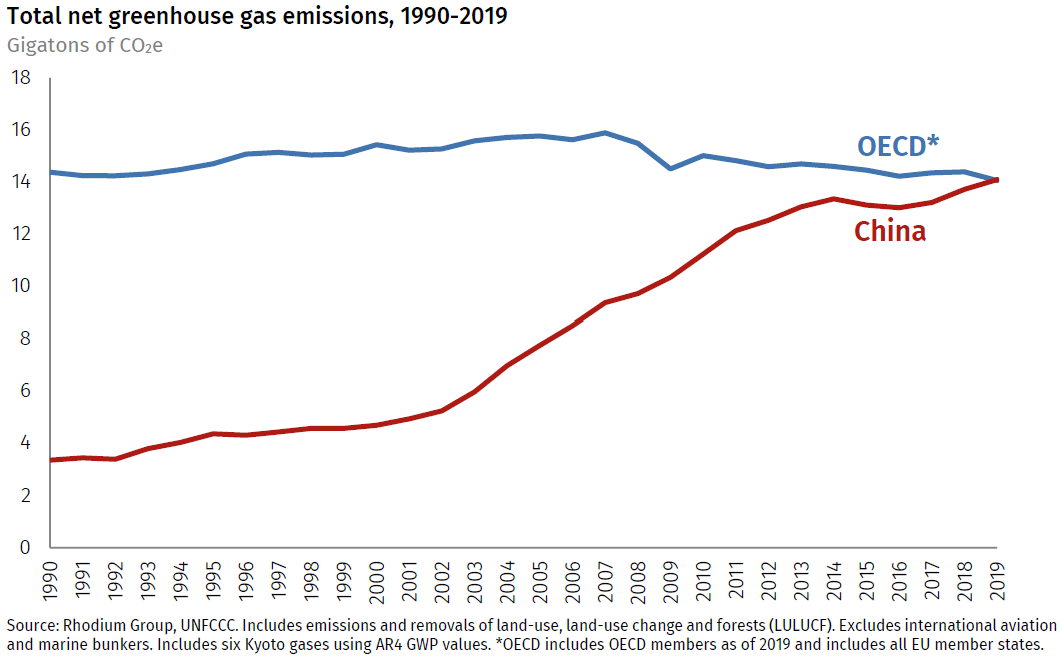 Amy begins the story of her mother. It has been 8 years since Amy’s mother passed away. Every year for mothers day, Amy tells a story about her. Amy says that her mother is an Angel. This year, she had a dream about her mother in which she asked her mother if she likes the stories Amy writes about her. Her mother explains that god knows everything. You don’t have to say anymore. Amy wants to ask a question before her mother goes. She asks her Mom if she is a real angle. Her mom tells her, “You will find out for yourself”. Amy decided this year she would not write anything, but she looked for some pictures.

She found a picture from when she was six years old and her mother is 36. There was an eye clinic next door to their place in Shanghai in 1958. They had run a campaign against a certain eye disease that effected children. Amy and her mother were asked to model for the picture.

After Amy’s mother had lost the ability to speak, Amy visited her. She would hold a teddy bear and gesture to it to let Amy know she loved her. Amy suggests that, though she couldn’t speak, she still had a lot to say. “Especially the love, because the love never dies”. Amy posted the pictures on social networks.

When Amy was asked why there was no story this year, she explained the dream. One of Amy’s friends, who used to work for Stanford, told Amy about a friend who had written a book about her mother. When Amy read the book she was shocked that the book described a mother with no feeling, who’s relationship was strictly “class struggle” in the communist mindset. Amy marvels at how someone could raise a family within a Maoist framework.

Amy recalls the Rectification process starting in 1941 as removing peoples humanity. If your party allegiance comes before your family, you are going against humanity.

Amy describes her well educated grandfather who was involved in the building of several resorts near Beijing with British and American partners. Her mother went to a French school and lived a privileged life. Though at age 15, some very negative things happened to her.

When Amy escaped to Hunan, to get away from the communist party officer who tried to sexually assault her, she was put in jail, but then escaped to go back home to Shanghai. Without her work permit, for three years, she was a fugitive. She even hid from the police. She eventually attempted to apply for a resident permit in Shanghai.

Amy’s mother was mostly a home maker and a very gentile person. Amy’s mother went to get Amy’s residential permit back. Amy asserts that because a person is gentile does not mean they are weak. Amy’s mother decided she was going to get the permit or not return. Her mother did not come back for 8 months, facing daily humiliation and not giving up. Amy says that she was a soldier with inner strength drawn from unconditional love.

Michael Olson explains that the term “rectification” means to take something wrong and make it right. He suggests that Amy has not been rectified, because she clearly does not support the CCP. He describes the “Rectification Conference of 1941” as the real beginning of the CCP.

Micheal then recalls the US’s political history quoting from the Declaration of Independence and suggesting that the US and China had solved a similar problem in a very different way. He asks how it is possible that China can commit so many atrocities today and begins by describing the founding of communism in China.

He describes the history of The Long March, leading to Yan’an where Mao finally had a chance to settle down. Micheal recalls the romanticism of Mao’s poetry and idealism written during The Long March. Though the Red Army was depleted, thousands of idealistic youth began flocking to Yan’an. Mao began writing political texts to indoctrinate the newcomers.

To maintain stability among the swelling numbers, Mao started the Rectification process. There would be “struggle sessions”, wherein participants would publicly confess to their transgressions against Mao’s policies. Through this confession process, everyone knew everything about each other. You confessed yourself, but you also confessed everyone else’s transgressions. You were forced to tell the transgressions of even your husband or wife. Michael notes that, when it gets to this point, you can start accusing people.

In the second phase of the Rectification Campaign, Mao started working with a man named Kang Sheng. https://en.wikipedia.org/wiki/Kang_Sheng He rode a black horse, dressed in black and had a large black dog. He rode around terrorizing everyone, suggesting that there were many spies and conspirators. He went around torturing people and extracting confessions. 40,000 people disappeared from the Communist party. 60 of the top party officials were forced to commit suicide. At the end of this process, Mao was truly the supreme authority.

Nan shares a story written by a communist leader who had gone through the Rectification process. He was arrested accused of being a traitor and a spy. He was told he had to confess who his co-conspirators were. He was questioned for months, though he was innocent. During questioning, the leader of the questioners put a gun to his head and said, “confess or I will kill you”. The investigator left the gun and left. The young man put the gun to his head and pulled the trigger. There were no bullets. The investigators returned and told him he had passed and could go free.

Michael asks, “Is it any different today?”

Nan describes a bookstore in Hong Kong in which 4 out of 5 employees were kidnapped to China. They all showed up in court and confessed to various crimes. That book store had been selling anti-CCP books including one titled, “Xi Jinping And His Lovers”

Nan explains that China produces more greenhouse gases than the entire developed world put together. The Western World is paying China to pollute us. Then we pay them to clean it up. Michael Olson says that the dirt being put in the air is our dirt, coming from the manufacturing we moved over there.

Nan suggests that, when we pay China we not only pay for the pollution, we are also paying for a growing threat to our way of life.

Jim calls to say we buy too much stuff from China. “We can’t blame China.” He asks why we don’t go to other countries for our manufacturing.

Dan calls to mention “mammoth” which is “the same thing as Amazon, but reversed”.

Mike calls to suggest we may have lost WW3 without any shots being fired.

Gary Arnold calls to suggest American wages are undercut by startups who go overseas to maximize profits. He mentions Cheney’s involvement with the Council of Foreign Relations. He also mentions the book, “California: Dynasty of Communism”.

Terry asks about how Biden might push more corporations to China by raising corporate taxes.

Robert suggests we blame China for polluting, while we sent our industry there. He also is concerned about waste and energy consumption.

Jan realizes how much China has infiltrated our society. She thinks we should “go back to the farm” and live more self sufficient lives.

Kenny calls to recommend doing a web search for “Made in America”.

Michael Olson says, “What we are going to do is break 1.4 million people out of jail.”