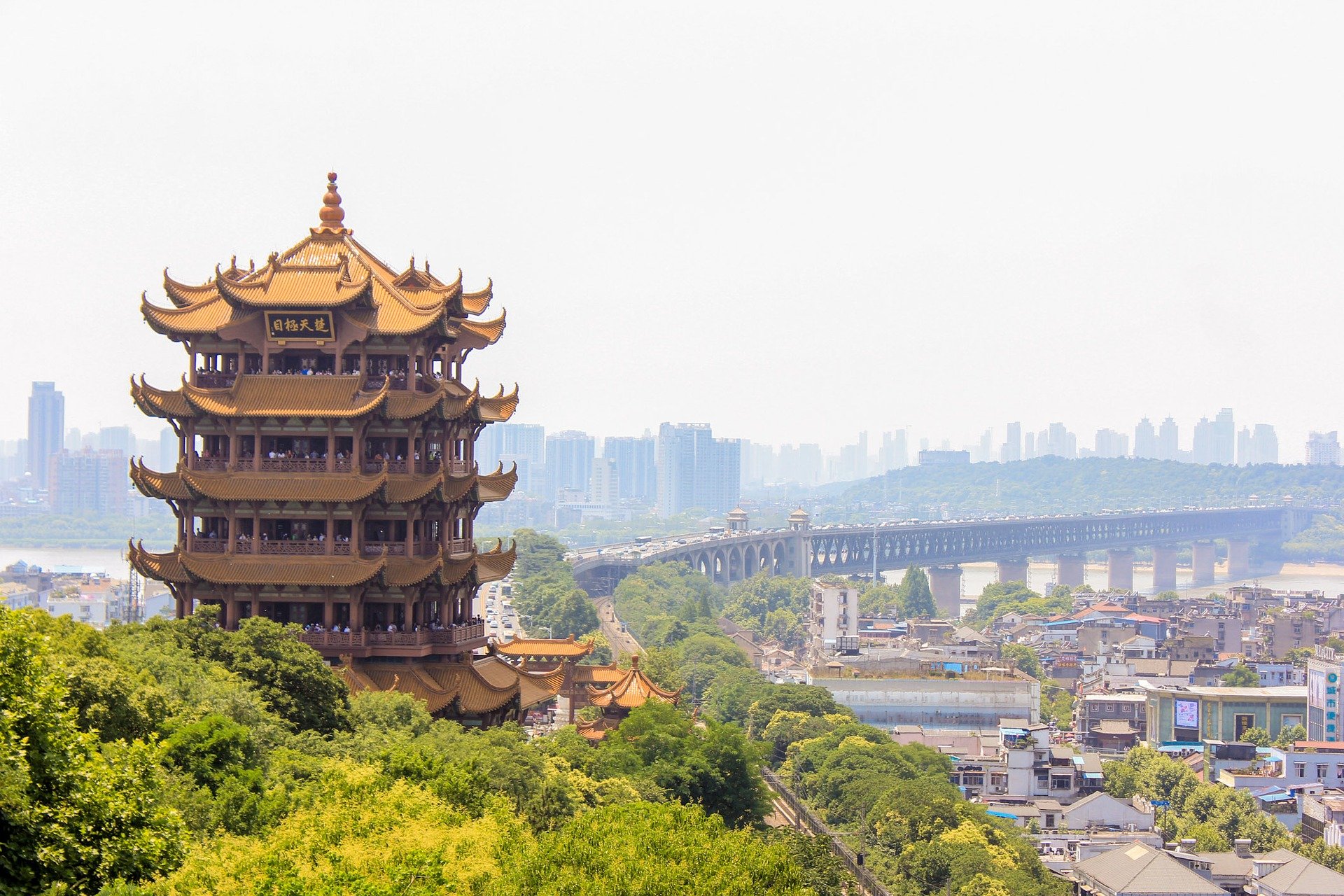 Amy describes how she posted some photos to her friends this year, instead of writing a story about her mother. She was shocked when another person wrote the story of their mother and step mother, both high ranking communist party members. One of the mothers was very passionate about the revolution, had gone to Yan’an and gone through rectification, after which she had no feelings for her family.

Amy remembers a little girl she went to school with every day when she was young. During the cultural revolution, she went from being a best friend to attacking, torturing and almost beating Amy to death.  Amy suggests the dramatic change was because their mothers were taught by the CCP not to love their children.

Amy mentions that the current leader of China had also been in prison, though in his case, his mother turned him in to the police. Amy considers herself fortunate that the attempts to brainwash her mother failed and she always loved her family.

Amy considers how, during the Cultural Revolution as well as now, so many people became so bad.  She recalls that her mother did so many things to help other people and never asked anything in return.

Amy recalls a Shanghai acquaintance of her mother, whose father was German and mother Chinese.  She had several kids from a previous marriage. She was a dancer at a night club, desperately hoping to marry someone. Eventually, she married a businessman.  Her husband had left on a trip to Hong Kong, but the communists took over and he could not return, forcing her to borrow money to take care of herself and the kids.  Amy’s mother was among those whom she borrowed money from.

Amy recalls that the government had limited their access to money, so her family did not really have money to give. Eventually, the acquaintances friend moved to Hong Kong.  Amy’s mother received a phone call from the acquaintances son, explaining that his mother had passed away and left one request.  She wanted to have Amy’s mother personally thanked for all the help she had been given.  Amy asked her mother why she had never heard of her monthly contributions to her friend. Amy’s mother replied, “So what? She needed it. At that time I had, and whatever I had I gave.”.

Amy recounts that her mother spent 8 months fighting to get Amy’s work permit, never giving up until she succeeded.  Amy says that while so many people changed and families fell apart, her mother never changed and never abandoned her love for her family.  For this reason, Amy speculates that her mother was a real angel.

Nan introduces Taiwan’s Director General Scott Lai, who explains that Taiwan has previously been excluded from the World Health Assembly. There is hope that Taiwan will be able to attend this year, but there are still doubts.  Mr. Lai explains that Taiwan deserves to participate because Taiwan has demonstrated a world class response to COVID19.  Taiwan provides world class medial treatments at affordable costs. Mr. Lai recommends visiting https://www.medicaltravel.org.tw/

Mr Lai explains that Taiwan has a larger population than 40% of the nations in the world, PRC China insists that they are the only necessary representative.  He sights various reasons that the PRC does not provide representation to the 23 million people of Taiwan.

Mr. Lai believes Taiwan deserves to join the WHO.  He explains that Taiwan is a major commercial and tourist travel location that must be included to prevent creating a pandemic “loophole”.  He hopes that with the increasing momentum they have had, Taiwan will be able to join soon. He explains that out of the 192 WHO members, only 102 pay their fees. Taiwan would defiantly be one to pay their dues if admitted.

Mr. Lai explains that, if Taiwan had been part of the WHO in 2020, Taiwan could have shared its early experience successfully fighting COVID19 with the other member nations.  He mentions the large numbers of surgical masks donated by Taiwan.  Taiwan has recently donated oxygen tanks and other supplies to India.

Nan asks for more detail about Taiwan’s successful COVID19 response. Mr. Lai expresses his deepest sympathy to those who have lost family members.  He mentions that the current total confirmed cases in Taiwan is under 3000 and total fatalities just 14.  He describes Taiwan’s measures to enforce various controls after the SARS outbreak. Taiwan had extensive measures to quarantine travelers starting March 2020.

Mr. Lai describes the high level of communication between the Taiwan government and its people regarding COVID, to develop informed habits.  He mentions the excellent job Taiwan did in implementing protective measures and conducting contact tracing. He suggests that Taiwan’s model was the example of a democratic country using technology to protect its people without abusing their rights and privacy like some communist countries do.

The CUA team discuss the consequences of US middle east policy with regards to the US ability to back Taiwan. Billy mentions how valuable Taiwan is strategically and economically.  Nan suggests we have a lot to learn from Taiwan.

Michael Olsen joins the team to share an article about the origin of COVID19.  He describes how Devin Nunes in the US congress, says that the US engaged in dangerous coronavirus research in China.

Michael Olsen mentions a report in The Gateway Pundit, by Col. Lawrence Sellin,saying that the CCP and the PLA were behind developing the COVID virus.

Michael suggests that we are really left with only one question: Was the release intentional or accidental?

Michael asks for one good reason why the CCP would not have released that virus?  Michael points to “what they have achieved”. He points out that the US economy is full of borrowed money and Trump is gone.

Nan mentions an article that suggests that Dr. Fauci likely broke US law by funding gain of function research.

Michael questions why we would take gain of function research out of the US into the hands of the Chinese military.

Cornell Terry will trust nothing Gavin Nunez and doesn’t think Dr. Fauci should be accused.

Rory recalls that he had heard about the lab leak theory as long ago as the Saturday Special April 2020.  He points to Fauci’s efforts to continue gain of function research in Wuhan. He suggests China let flights out of Wuhan internationally for two weeks while not allowing flights domestically.  He recalls Dr. Fauci wanting to maintain flights from China during the outbreak.

Lee is excited about people wanting to get to the real truth.  He mentions someone named Anthony Boyle who describes a University of North Carolina coronavirus study transferred to Wuhan.

Steve thinks Michael Olsen “nailed it”.  He suggests Trump, who was standing up to China, had the election “in the bag”. He also thinks a level 4 lab should have the ability not to have a leak, suggesting that a leak would have to be intentional.

Dick is curious about medical vacationing in Taiwan. He asks if Taiwan harvests organs. Nan lists many countries, including Taiwan, who have had people travel to China to receive organ transplants, but clarifies that Taiwan does not do that sort of thing.  Taiwan has excellent (and moral) medical service for reasonable costs.  Dick thinks the virus release was intentional.

Westside Al thinks it was deliberate, because it looks like “it was well planned”.  He is concerned about the effect on kids.

Marsha thinks it is obvious what has been started, suggesting that someone wants us to be in “chaos”. She thinks it was a bio-weapon.

Terry asks why it was ever OK to have a lab that makes bio-weapons.  Michael suggests that gain of function research is meant to help figure out what a vaccine would potentially be. He points out that doing so would also allow someone to release a disease after acquiring the vaccine.  Terry says, “they make the problem, then they make the solution.”

John worked overseas 12 years with Navy submarine supply and spoke to some Navy folks who said “our next big war is with China”.

Mary reminds us that for decades there have been teams throughout the world studying diseases. She mentions the potential that some of the animals in the lab may have been sold to the wet market.  She has no idea if it was deliberate, but thinks it was accidental.