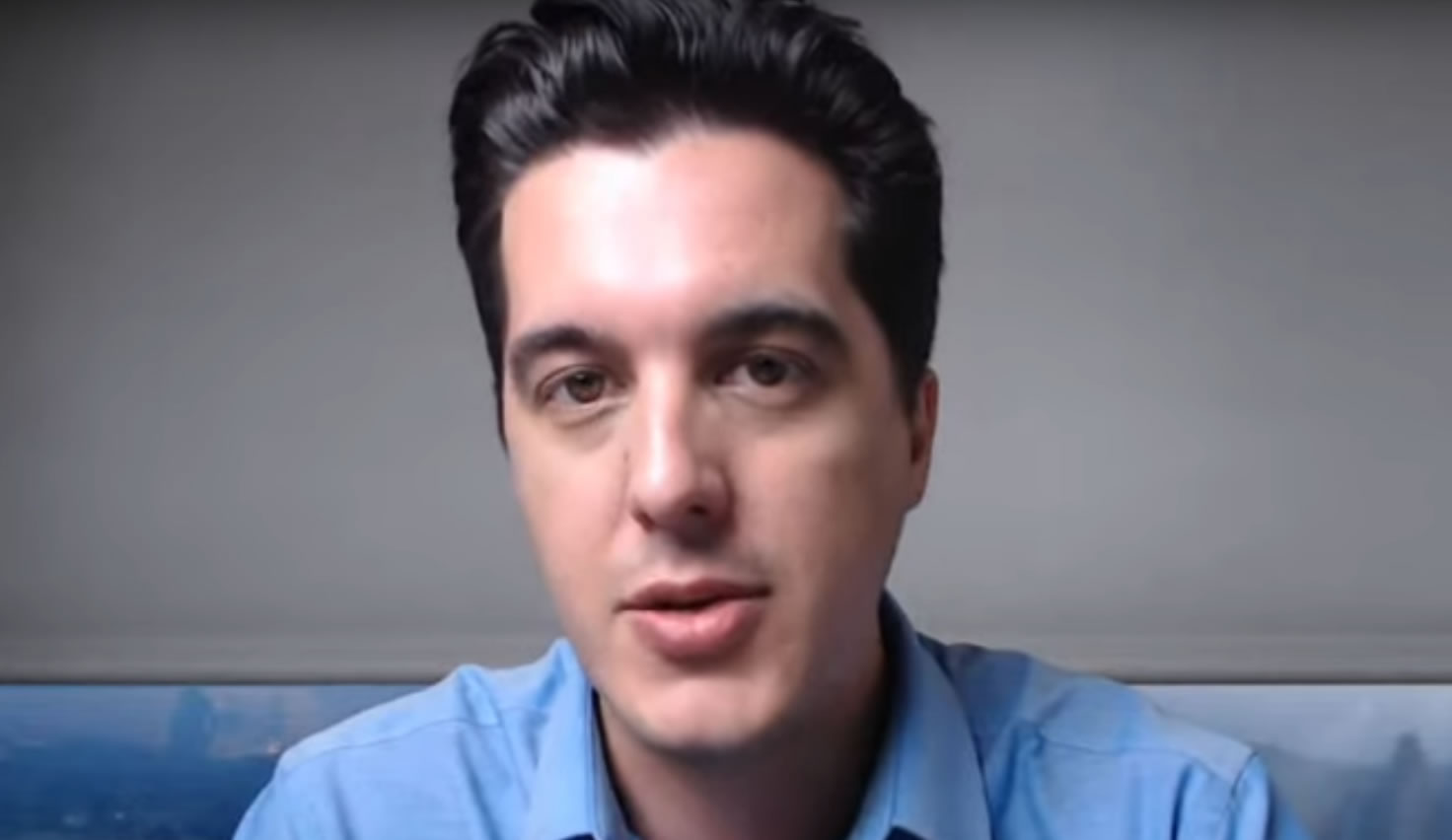 Amy mentions that there may be people who are not able to escape from Afghanistan, which reminds her of her uncle Charlie’s story. Charlie was a high school senior at a missionary school in 1943, until the Japanese invaded Shanghai. At which time the whole school was evacuated by the US priests to Kunming. The US air force (Flying Tigers) was operating from the area and training the Chinese air force, which created a need for interpreters. Charlie volunteered as a part time interpreter, given that he spoke perfect Chinese and English. He was later hired full time after he turned 18. In 1945, when the Japanese surrendered, the Flying Tigers went home and the missionary school moved back to Shanghai.

Charlie had met a beautiful “dancing girl” in a night club and fallen in love with her. They got married and went into Charlie’s family real estate business in Shanghai. They were very happy and had two children. In 1948, Charlie’s friends from the missionary school prepared to leave before the communist take over. They encouraged Charlie to leave to Taiwan, but Charlie did not want to leave his family or their properties.

The communists took over in 1949 and after the start of the Korean war, anyone who had had any association with the US military had to register themselves. Failure to do so would result in jail. So, Charlie let them know about his time as an interpreter. He was arrested six months later, accused of treason and espionage. He was sentenced to ten years at a labor camp. All his properties were confiscated. He was released early, because he was sick with Tuberculosis. His family had been kicked out of their house and were living in a door mans reception room.

At that time, people without a job in Shanghai were asked to go to North West China to work in coal mines. He moved in with his Grandmother, while his wife took the kids with her and went to work in the coal mines. Charlie still had a missionary friend who was in Shanghai and working as a doctor, who was able to help Charlie and give him some medicine. At the time Americans and British were “enemy number 1” in communist China, but there was still some western products available through Hong Kong. So, Charlie was able to get some medicine to treat his Tuberculosis.

Charlie’s wife was working in harsh conditions in the coal mine, but was able to secure a position as a cook. They barely had enough food. A communist officer at the camp offered her more food, if she would be his mistress. She had no other way to take care of her kids.

During the Cultural Revolution, Charlie, still weak from his sickness, struggled to find any work. However, the Red Guard ignored him. After the Cultural Revolution his wife returned to Shanghai. In 1981, Charlie managed to contact a priest form the missionary school who offered him a means of applying for political asylum in Taiwan. Charlie refused on the grounds that his wife and sons would still be in mainland China.

Amy notes the similarity to those people in Afghanistan who have been working with the US.

The team is joined by Joshua Philipp, an award-winning investigative reporter with The Epoch Times and host of EpochTV’s “Crossroads”. He is a recognized expert on unrestricted warfare.

Joshua points out that, just before the Taliban’s takeover, they had delegates invited to communist China. Billy asks about the resources in Afghanistan. Joshua describes that the Chinese had joined the coalition in Afghanistan, but, rather than fight the Taliban, had engaged with them in order to mine resources. Joshua expects there will be many Chinese infrastructure projects, including a possible oil pipeline from Iran to China.

Nan asks about Joshua’s visit to the Bay Area, to be the keynote speaker at the Fremont Hill Country Club, in Los Altos Hills on August 29th, from 11:30-2:30. Joshua explains that the topic will be focused on China. He expresses his concerns about Taiwan, wealth redistribution, and a variety of topics. Nan asks about Joshua’s upcoming online forum on Chinese Cyber Attacks, on August 24th at 4:30PM. Joshua explains that they will be talking about “what the big picture is”. The call in number is 1-888-557-3280 ex 7.

Nan mentions that, in 2010 the CCP launched an attack on Google’s database to attack foreign dissidents and asks what the situation is like now. Joshua says, “beyond your imagination”. He explains that cyber is a critical part of the Chinese military’s unrestricted warfare being waged against the US. Joshua explains that the CCP views their system as on the rise, while liberal democracies decline, including their authoritarian model and social credit system.

Joshua describes Chinese businesses taking over the Australian rail industry by underbidding projects. He describes Hollywood’s complicity with the CCP in the production of movies in order to gain access to their market. He describes the use of bribes to take over the elites of the countries they court or extort.

Amy describes an issue with T-Mobil in which 15million customers were hacked. She asks what can be done to prevent this sort of thing. Joshua suggests that it is difficult to stop this sort of thing, explaining that, in order to have more security, you have to give up more privacy.

Joshua explains the social credit system, mentioning that all data collected from any source is used to control citizens. “Every single thing about you is known by the government” who then rewards or persecutes you. He mentions that this same system is being exported to the rest of the world. He explains that “all data” must be accessible by the CCP under their National Security Law.

Billy mentions the genealogy companies handing over DNA data. Joshua explains that almost all of those companies send their samples to China to be processed, raising multiple concerns over what could be done with that data.

Billy asks what we can do about all this. Joshua points out that after the Trump administration’s hard line on the CCP and the Biden administration continuing many of those policies, many countries have dramatically changed their relationship with the CCP. The Belt and Road Initiative has become much less popular. Joshua also mentions that the CCP is much less stable than it has been.

Nan recalls a US government data breach in 2015 which lost a large amount of personal data. Nan asks what is being done to prevent this sort of thing. Joshua describes how sensitive the information is on people with US security clearance and that the CCP could use the info in a variety of ways, including blackmail, if they got their hands on it.

Joshua describes many strategies for espionage and control practiced by the CCP on foreign persons of interest.

Amy asks what we can do to prevent the CCP using our personal information. Joshua recommends treating any digital device as a public forum.

Billy thinks that the CCP will exploit the Taliban. Amy talked to some Chinese friends, including a friend who has done business in Afghanistan. She explains that he is very scared now to continue business without US protection. She suggests the Uighur question will be critical to the relationship between China and the Taliban.

Billy asks if the Taliban will ignore the Uighur situation. Nan is interested to see what happens. He thinks the Taliban will ask a very high price for their co-operation and that China will be willing to pay it. Amy points out the significance of a potential oil pipeline between China and Iran, through Afghanistan.

Billy points out that the British, the Soviet Union and the US have all attempted to subdue Afghanistan unsuccessfully. Nan suggests we should not underestimate the CCP.

Gordy suggests that Pakistan may be taken over by extremists and “have no problem dropping an atom bomb on China”.

Nan speculates as to whether Russia might be brought to a neutral position with the US.

Andreas says “You guys are like the Radio Free Europe of our time”. His parents immigrated from the Baltic states under communism. He mentions that Kazakhstan and central Asia is a major part of the Belt and Road Initiative.

Rory thinks the collapse of Afghanistan is not accidental and shares his concerns about abortion.