Should China Be Considered An ‘Adversary’ Rather Than A ‘Competitor’? 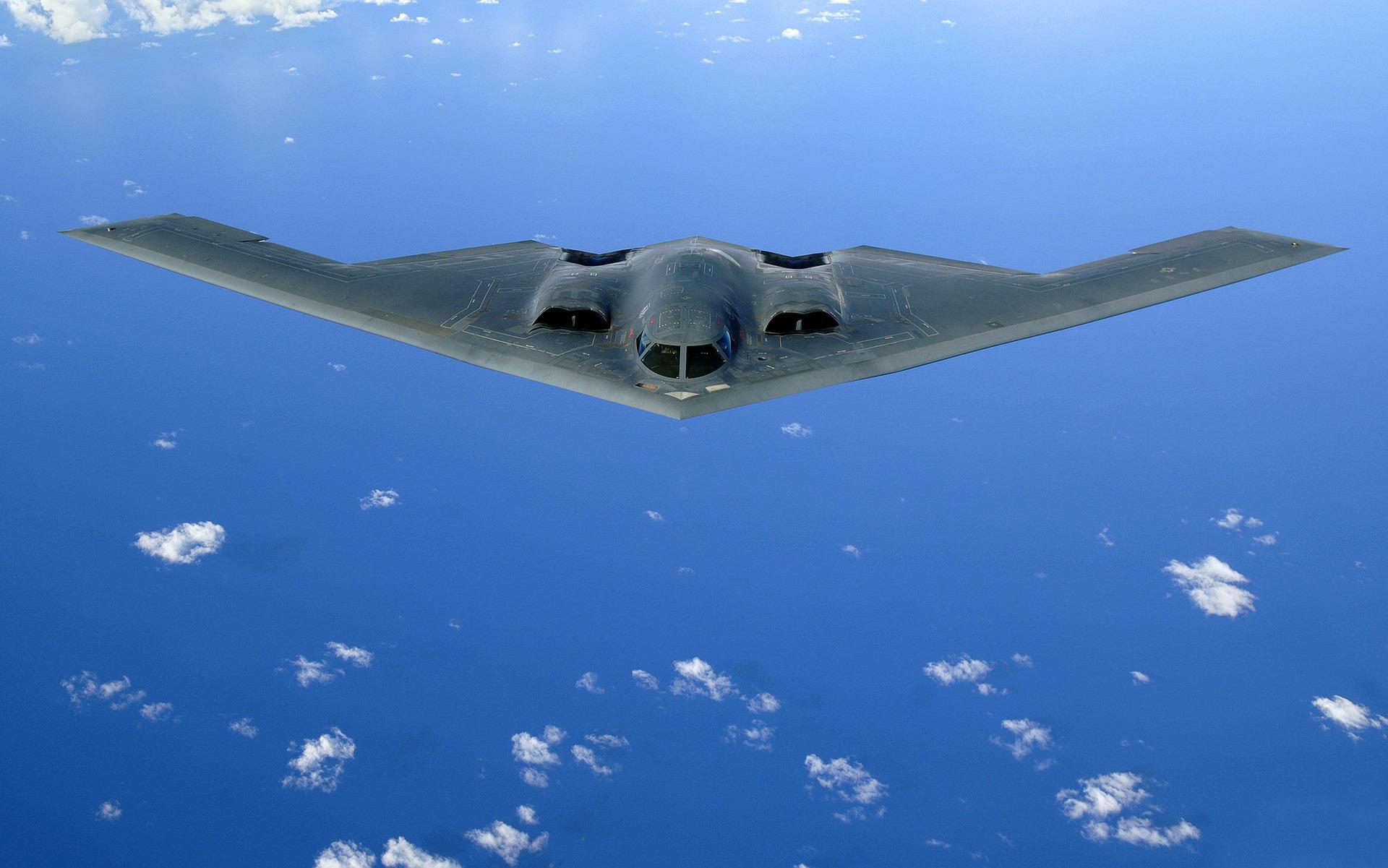 China Announces Biggest Citywide Lockdown, Covering 26 Million in Shanghai
China’s financial hub of Shanghai announced a two-phased lockdown on March 27, a day after city officials denied they planned a citywide lockdown amid a surge in COVID-19 cases.
Shanghai, one of China’s largest cities with 26 million people, had never implemented a full-scale citywide lockdown since the Chinese regime launched its zero-COVID playbook at the onset of the pandemic in early 2020. But the current outbreak driven by the highly infectious Omicron variant of the virus appears to have put pressure on local officials to follow other Chinese cities, such as Changchun and Shenzhen, which in recent weeks have gone into lockdown, in imposing strict restrictions. https://www.theepochtimes.com/china-announces-biggest-lockdown-yet-covering-26-million-in-shanghai_4367896.html

China Set to Dominate Latin America Within 5 Years: Security Expert
China is expanding its influence in South America to counter the U.S. dominance in the Western hemisphere, according to security expert Joseph J. Humire. “They’ve been building it gradually, systematically, over many, many years—over decades,” Humire recently told EpochTV’s “China Insider” program. Trade and investment in the region have been integral to Beijing’s efforts in this regard. But this trade comes with conditions, he said.  “Those conditions are often the loss of your sovereignty, the loss in some cases of your territory … and in some cases, China is able to hoodwink you into bringing them into their geopolitical orbit,” Humire, executive director of national security think tank Center for a Secure Free Society, said.
https://www.theepochtimes.com/china-set-to-dominate-latin-america-within-5-years-security-expert_4366903.html

China’s yuan under pressure amid ‘unprecedented’ capital outflows following Russian invasion of Ukraine
Global investors have withdrawn money out of China on an “unprecedented” scale since Russia invaded Ukraine in late February, according to a report by the Institute of International Finance (IIF), with the yuan likely to face more pressure in coming months. High-frequency data detected large portfolio outflows from Chinese stocks and bonds, even as flows to other emerging markets held up, the IIF wrote in a report on Thursday. “Outflows from China on the scale and intensity we are seeing are unprecedented, especially since we are not seeing similar outflows from the rest of emerging markets,” said the IIF report.
https://www.scmp.com/economy/china-economy/article/3171889/chinas-yuan-under-pressure-amid-unprecedented-capital

Pompeo: US Should Label China as ‘Adversary’ Rather Than ‘Competitor’ in Recognition of Growing CCP Threats
The next U.S. national security strategy should focus on the challenges of curbing authoritarianism and formally recognize the sovereignty of Taiwan to deter Chinese communist aggression, according to former Secretary of State Mike Pompeo. “Being in an ambiguous place is really, really dangerous,” Pompeo said during a March 28 interview with the Hudson Institute, a D.C.-based think tank. “Authoritarians will use that ambiguity against you every time. We ought to acknowledge that Taiwan is an independent nation. It’s not part of the Chinese Communist Party [CCP].” The CCP claims Taiwan is a breakaway territory, though Taiwan has been independently governed since 1949 and has never been controlled by the CCP. The United States currently maintains a doctrine of “strategic ambiguity” regarding Taiwan, in which it neither affirms nor denies whether it would provide military assistance to Taiwan in the event its de facto independence is threatened by the CCP.
https://www.theepochtimes.com/pompeo-us-should-label-china-as-adversary-rather-than-competitor-in-recognition-of-growing-ccp-threats_4367463.html

We need to prepare for the Great Split between China and the West
Russia’s economy is relatively small – a little larger than Spain’s – and it has a significant position in only a small number of commodities, albeit important ones. China, on the other hand, is central to the global supply chain. It accounts for about 28% of global manufacturing and 18% of the world trade in goods, and so any action that cuts China off from worldwide supply chains would cause mutual economic damage on a much larger scale. The bad news is that there is a high possibility that China and the West will be cut off from each other in what we are terming The Great Split. The logic is straight forward. America, Britain, Europe and their allies have set a precedent for themselves by sanctioning Russia for trying to upend the status quo. If China was to do the same – either by helping Russia, or by trying to invade Taiwan – then Washington and its supporters would in all probability place similar sanctions on Beijing, not least because it is America’s strategic benefit to do so.
https://whatchinawants.substack.com/p/we-need-to-prepare-for-the-great

U.S.-China Decoupling Has Already Begun
It is true that the unprecedented interdependence between China and the rest of the world cannot be quickly or easily ended. Nonetheless, decoupling has started and is likely to gather momentum in years to come. The consequences of the war in Ukraine, and the threat of secondary sanctions against China over its support for Russia or, perhaps one day, its actions on Taiwan, mean that for companies the prior alignment of corporate and national interests is pretty much over.
https://www.barrons.com/articles/us-china-economic-decoupling-russia-ukraine-sanctions-51648215571

Rare Earths, Scarce Metals, and the Struggle for Supply Chain Security
A start has been made toward establishing U.S. domestic supply chains in conjunction with allies and partners, but there is far to go: in 2021, a press release from the Energy Department’s Office of Fossil Energy stated that the U.S. currently imports 80 percent of its REEs directly from China with the remaining portions indirectly sourced from China through other countries.  It is completely dependent on imports for 14 out of 35 critical minerals.  Most recently, Chinese companies are reportedly already active in pursuit of Afghanistan’s mineral resources.  China has denied any intention to weaponize rare earth exports—unless national security interests are at stake.  Since opinions on what constitute national security interests will differ, and Beijing of course will be the judge, this is not reassuring. Unless the U.S. can find an acceptable happy medium between our growing needs for REEs and scarce metals on the one hand and environmental concerns on the other, we will continue to be hostage to the temperature of Sino-American relations.  Some attention to the folly of establishing domestic supply chains independent of China while allowing Chinese companies like Ganfeng and Shenghe to participate in them would also be useful.
https://www.fpri.org/article/2022/03/rare-earths-scarce-metals-and-the-struggle-for-supply-chain-security/

B-2 Bombers, F-35s And F-22 Stealth Fighters Are In Australia
“This is the most consequential theater with the most challenging security issues…and advancing our interoperability with critical allies like Australia is critical to maintaining a free and open Indo-Pacific. There are many aspects that are going on daily to continue to move the security relationship forward in a positive way to provide deterrence, prevent war, and maintain peace and stability within the region,” U.S. Navy Admiral John C. Aquilino, the commander of the U.S. Indo-Pacific Command, said in a press release.
https://www.19fortyfive.com/2022/03/china-freaked-out-b-2-bombers-f-35s-and-f-22-stealth-fighters-are-in-australia/

BIDEN ADMINISTRATION DRAFTING ORDER TO INVOKE DEFENSE PRODUCTION ACT FOR GREEN ENERGY STORAGE TECHNOLOGY
The order would declare that “ensuring robust, resilient, and sustainable domestic industrial base to meet the requirements of the clean energy economy is essential to our national security,” according to a draft of the document that remains in the “pre-decisional” phase. That reasoning follows a renewed push from the administration on its climate change priorities in light of shocks in the oil and gas market following Russia’s invasion of Ukraine. The order would specifically says “domestic mining, beneficiation, and value-added processing of strategic and critical materials from sustainable sources for the production of large capacity batteries for the automotive, e-mobility, and stationary storage sectors is essential to national defense.”
https://theintercept.com/2022/03/24/biden-defense-production-act-green-energy/

Joe Biden Eliminates U.S. Tariffs on More than 350 China-Made Products
Late last week, Biden’s U.S. Trade Representative (USTR) Katherine Tai announced that after an extensive review process on nearly 550 China-made products subject to U.S. tariffs, the administration would eliminate tariffs on 352 of those products. The China-made products that will escape U.S. tariffs thanks to Biden include breast pumps, solar water heaters, garage door openers, X-ray tables, and thermostats, as well as food products from China such as crab meat, Dungeness crab, and Alaskan sole. “Once again, multinational importers and their army of Washington lobbyists have protected their ability to import cheap Chinese goods over sourcing from American manufacturers,” Zach Mottl, chairman of the Coalition for a Prosperous America (CPA), said in a statement
https://www.breitbart.com/politics/2022/03/27/joe-biden-eliminates-u-s-tariffs-on-more-than-350-china-made-products/

China and Nepal study feasibility of cross-border power grid
In recent years Beijing has spent millions of dollars building or upgrading highways, airports, power plants and hospitals in Nepal, eager to gain influence on the country which acts as a natural buffer between it and India. In 2019, China and Nepal agreed to conduct a feasibility study for a railway network under Beijing’s Belt and Road Initiative that Nepal joined in 2017. But no progress has yet been made to that end, officials said. Wang’s visit comes a month after Nepal’s parliament approved a controversial $500 million infrastructure grant from the United States. Supporters of communist parties, including some allies of the ruling alliance, questioned America’s motive.
https://www.reuters.com/world/asia-pacific/china-nepal-study-feasibility-cross-border-power-grid-2022-03-26/