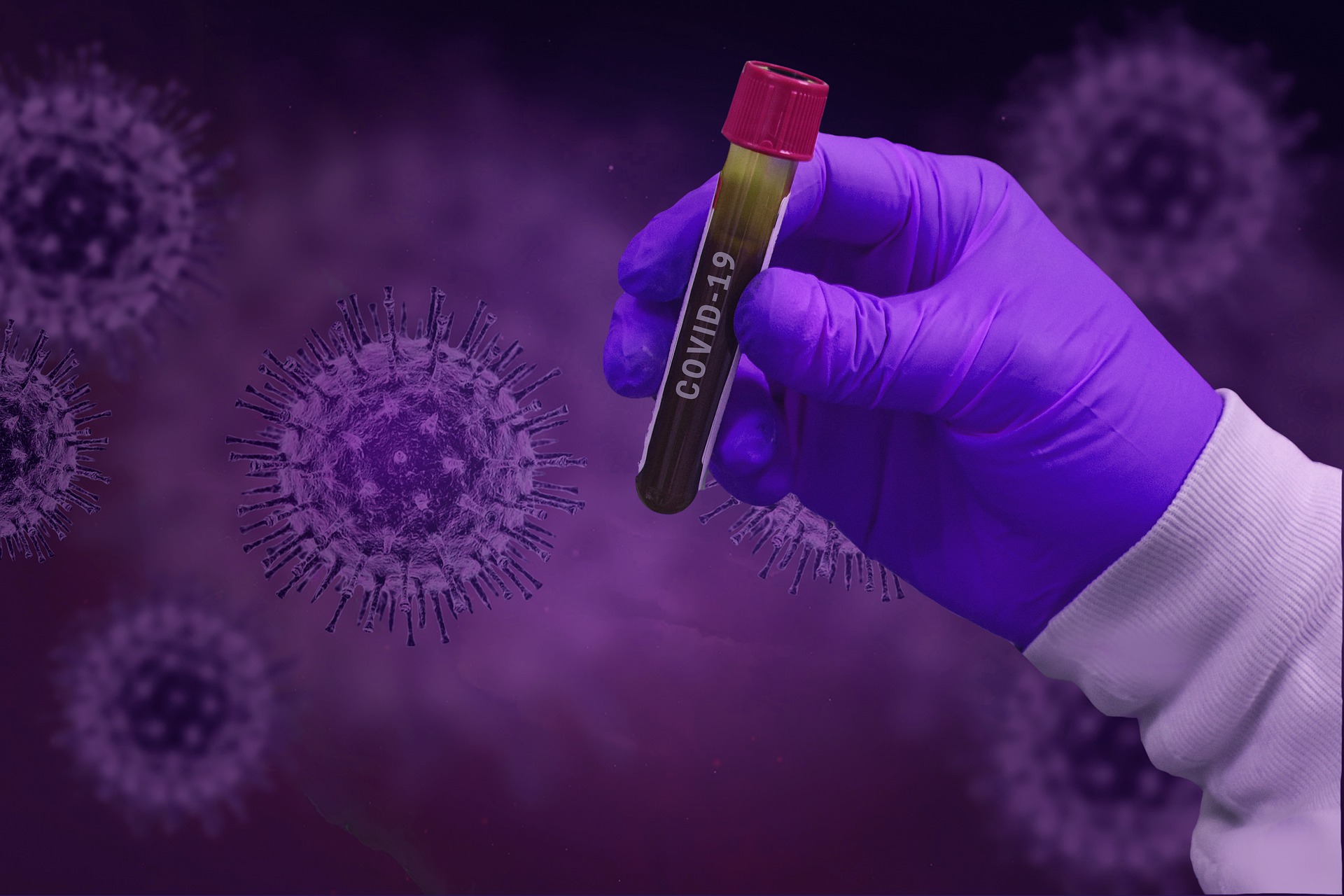 Unfortunately, Dr. Lawrence Sellin couldn’t join us today, but Michael Olsen recounts several of his answers to some rather poignant questions.

Amy mentions the 100th anniversary of the CCP, with the huge celebration in Tienanmen Square, where the CCP attempted to make themselves look like peacemakers.

Amy shared her “Memories of Father” video and reconnected with some old friends who lost their own fathers. Amy will tell their stories, when she finishes her fathers story.

Returning to her fathers story, Amy explains that he was 33 years old when he returned to China, believing that the CCP would build a more just society with free education for all. They needed the business people to come back to China, because they did not have the wealth or ability to run the country.

Amy recalls, that during the Korean war, the CCP wanted business people to donate money to buy airplanes for the war effort. Everyone was required to donate money or supplies. Amy’s father’s business had to use clay to make their products, because of supply shortages. Her father’s friend was making educational stationary and other supplies. He acquired some plastic to make rulers, but the CCP insisted he needed to make supplies for the military. He didn’t have enough money to buy the materials. He was told he would be a patriotic hero and was given an IOU.

After the war, a movement was started to eliminate all the anti-revolutionaries. The business owners who were owed money were accused of being anti-revolutionaries, such that they would not be paid back. Amy’s father’s friend was falsely accused and executed.

Fortunately, Amy’s Father was not asked to supply the military directly. After the Korean war, Amy’s father was arrested for allegedly failing to disclose his former associations with the previous government. He was scheduled for execution, but fortunately he was not killed.

Michael Olsen mentions Xi saying that “you may live some other place, but you are still part of our family” and asks Amy if she has ever felt any pressure from the CCP. Amy explains that in the early 1990’s, her father intended to write a book about his life. However, an acquaintance in San Francisco was imprisoned for being a triple agent. He was killed or committed suicide in prison by putting a plastic bag on his head. Amy suggested to her father that he should not write the book, because she did not want a plastic bag to end up on his head.

Michael Olsen mentions that he just got blacklisted by Google. Billy explains Michael’s many rolls in the community, including a recent episode of his Metro Farm radio show, which was blacklisted, apparently for reporting on the financial supporters of gain of function research.

Michael mentions that Critical Race Theory is very similar to the mass movements in Communist China. Michael suggests such movements are a slippery slope and asks Amy if she sees parallels in the US. Amy says she does see similarities, but people in the US naively believe “it can not happen here”.

Michael describes the lack of answers to the origin of the pandemic. “When no one is forthcoming, it leaves everyone free to speculate.” Michael suggests the three main theories are: a natural origin, a lab leak or an intentional release. All three theories have China in common.

Michael describes Dr. Lawrence Sellin’s involvement at US Army Institute of Infectious Diseases at Fort Detrick Maryland. He described the main purpose of the lab as being, finding ways for the troops to survive viruses. He’s now a widely published expert on Covid-19. Dr. Lawrence Sellin recently published an article stating that Covid-19 was a biological attack by the CCP. Michael had asked Dr. Sellin if he ever foresaw our current pandemic when working at Fort Detrick. He said he did not, because they were not working on offensive viruses.

Michael asked why it is Dr. Sellin looks at the bio-weapon hypothesis, but mainstream media does not. His answer was that our media wants to make money off the Chinese market. Michael mentions that “you don’t have to own something to control it.”

Michael discusses the absurd nature of the natural origin theory. Dr. Sellin’s reason this virus is not of natural origin is that it has two attributes never before seen in nature. Michael suggests that if you saw a poodle with the head of a great white shark, you would know it did not come from nature. Dr. Sellin also explained that there is no way to trace the virus back to nature, while any pertinent information has been hidden by the CCP.

Michael describes the scenario where in there was a lab leak. Dr. Sellin’s response to that scenario was that labs do leak all the time.

Michael describes the scenario where the virus was intentionally released, mentioning the closing of Wuhan’s domestic air travel, while leaving international air travel open. Dr. Sellin suggests it does not matter whether it was an intentional leak or an accidental leak, because, in both scenarios, the CCP used it as a bio-weapon.

Mike says that “if it walks like a duck and quacks like a duck, it probably is a duck.” Mike asks if Biden will do anything if it turns out China used the virus as a weapon. Michael Olsen believes Biden is owned by the CCP. Billy thinks the president has a new perspective now that he is president.

Michael describes his recent shows Google banning, describing the subject of the show as “Did the University Of California Fund The Development of the Coronavirus?”. Michael asked Dr. Sellin if there is one good reason the CCP would not have deliberately released the Coronavirus. Dr. Sellin had no response at first, then said, “It’s in their plan.” Billy points out that it would harm their own people first, but the consensus of show hosts is that the CCP does not have a problem with killing their own people.

Amy suggests that the CCP is evil.

Gary mentions that he was trained in armored reconnaissance, where they’d look at the horizon. Then their opponents would jump up right in front of them. He suggests many major US corporations are pro-china. He suggests Biden is pro-world government.

Mary mentions the GOP being more interested in discovering the origins of the virus. Michael suggests that “the whole thing is becoming very politicized.”

Billy asks Amy what she things the virus origin is. She suggests the CCP did it intentionally in order to stop the pro-democracy demonstrations in Hong Kong.

Sean describes JFK’s speech about secrecy being repugnant. He has comments on social conditioning.

Nordic Dave recalls the development of the atomic bomb by China, mentioning that, in a conversation with Khrushchev, Mao suggested China could afford loosing millions of their own people in a nuclear war. Amy mentions that one million Chinese soldiers died in the Korean War.

Joe suggests that the origin of the virus is irrelevant, because regardless it is the CCP’s responsibility.

Tammy is one of our biggest fans. She thinks we should have China Uber Alles stickers and sweaters.

Rory now believes that “this was done on purpose”. He mentions a public health briefing from the UK in which the infection fatality rate in a study of vaccinated vs. un-vaccinated showed the un-vaccinated fatality rate being lower. Rory believes we should have a substantial response to China for spreading the virus.

Steve mentions that he would like an app that helped buy US made products. Michael Olsen suggests that it takes work. He is leaning toward the possibility of biological warfare, but still thinks it is far fetched.

Ray wants to point out that he knew prior to 2014, that “we” had given China money to upgrade the Wuhan Institute of Virology to make it more secure. He recalls the Chinese media showing an extreme sterilization response, suggesting they were already prepared.

Ben thinks that “certain bad actors” in the US wanted to “get rid of Trump”, because he was not part of the “globalist mindset”.