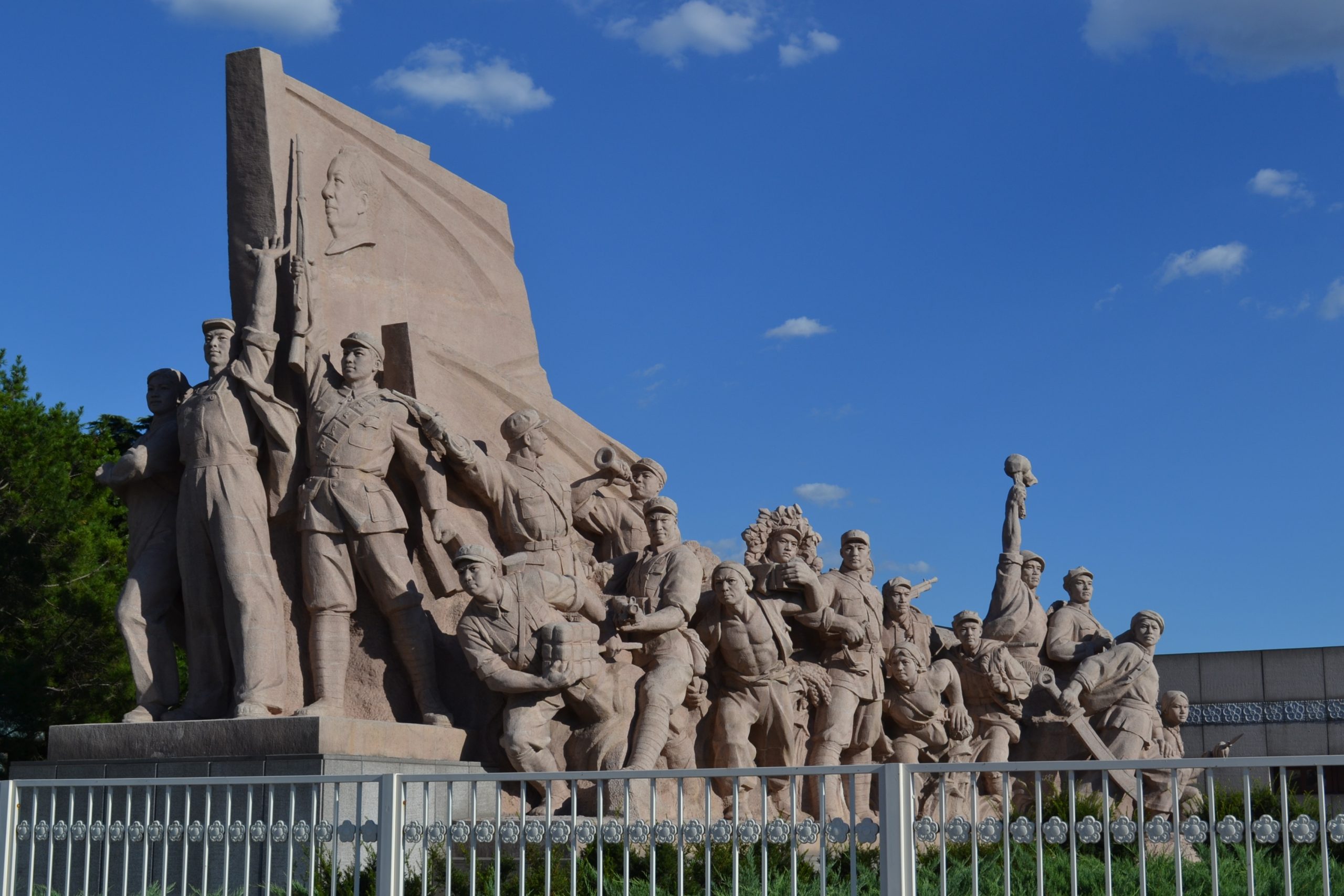 In the first half of today’s show, we will be joined by retired United States Air Force brigadier general and frequent guest of the show Robert Spalding. General Spalding is uniquely qualified to illuminate the recent nuclear threats made against Japan and the CCP’s apparent buildup of nuclear weapons.

In the second half of the show, we will discuss the contemporary Chinese Communist Party and compare it to the CCP of the past. Has the CCP changed into a kinder gentler government or is it still the party that was willing to prosecute and execute millions of citizens for various revolutionary causes.

A 2nd New Nuclear Missile Base for China, and Many Questions About Strategy
“In the barren desert 1,200 miles west of Beijing, the Chinese government is digging a new field of what appears to be 110 silos for launching nuclear missiles. It is the second such field discovered by analysts studying commercial satellite images in recent weeks.”
https://www.nytimes.com/2021/07/26/us/politics/china-nuclear-weapons.html

What is the Conviction Rate in China? – China Law in One Minute
“In 2019, 1,818,808 people are indicted by the People’s Procuratorate of China, among which 637 defendants are acquitted in the public prosecution, with a conviction rate of 99.965%.”
https://www.chinajusticeobserver.com/a/what-is-the-conviction-rate-in-china

Death Penalty: World’s biggest executioner China must come clean about ‘grotesque’ level of capital punishment
“China’s database contains only a tiny fraction of the thousands of death sentences that Amnesty International estimates are handed out every year in China, reflecting the fact that the Chinese government continues to maintain almost total secrecy over the number of people sentenced to death and executed in the country.”
https://www.amnesty.org/en/latest/news/2017/04/China-must-come-clean-about-capital-punishment/

House Democrats Block COVID Origins Declassification Bill
“House Democrats on Tuesday blocked a GOP bill which would require the Director of National Intelligence to declassify information related to the US government’s investigations into the Wuhan coronavirus pandemic – and in particular, what role the Wuhan Institute of Virology may have played in the outbreak.”
https://www.zerohedge.com/political/house-democrats-block-covid-origins-declassification-bill

China Rejects WHO Call for More Transparency on Origins Probe
“On Monday, a Chinese Foreign Ministry spokesperson said bluntly that the “work plan on the second phase origins study proposed by the WHO Secretariat is at odds with the position of China and many other countries on the issue,” seeming to rule out any more transparency from the Chinese government.”
https://thediplomat.com/2021/07/china-rejects-who-call-for-more-transparency-on-origins-probe/

A billionaire known as ‘China’s Elon Musk’ is suspected of spying while he was a Duke student and stealing a professor’s invisibility technology
“A Chinese billionaire who studied at Duke University allegedly stole a professor’s ideas behind special invisibility technology — and then developed his own prototype back in China.”
https://www.businessinsider.com/chinese-billionaire-is-accused-of-stealing-research-from-a-duke-lab-2018-7

Kyle Bass Says There Is “No Defense” For Investing In China, Warns COVID Likely A Bioweapon
“It’s easy to see once you understand the fundamental ideology of the Communist Party of China,” says @Jkylebass
on the tech crackdown over the last two weeks. “There is no defense for a fiduciary that invests in China today.”
https://www.zerohedge.com/markets/kyle-bass-says-there-no-defense-investing-china-warns-covid-likely-bioweapon

Tony Podesta (Brother Of Hillary’s Campaign Manager) Hired By Huawei To ‘Warm Relations With Biden Administration’
“In February 2020, the Justice Department charged the company with violating the Racketeer Influenced and Corrupt Organizations Act, or RICO — a key DOJ tool for going after organized crime. DOJ alleged that Huawei helped Iran’s authoritarian government build out its domestic surveillance capabilities and tried to secretly do business in North Korea.”
https://www.zerohedge.com/political/tony-podesta-hired-huawei-warm-relations-biden-administration

U.S. moves to drop visa fraud charges against Chinese researcher
In a filing with the U.S. District Court for the Eastern District of California, prosecutors said they were moving to dismiss the indictment and vacate the trial, but gave no reasons.”
https://www.reuters.com/world/china/us-moves-drop-charges-against-chinese-researcher-arrested-visa-fraud-2021-07-23/