Will There Be Lockdowns During The Olympics? 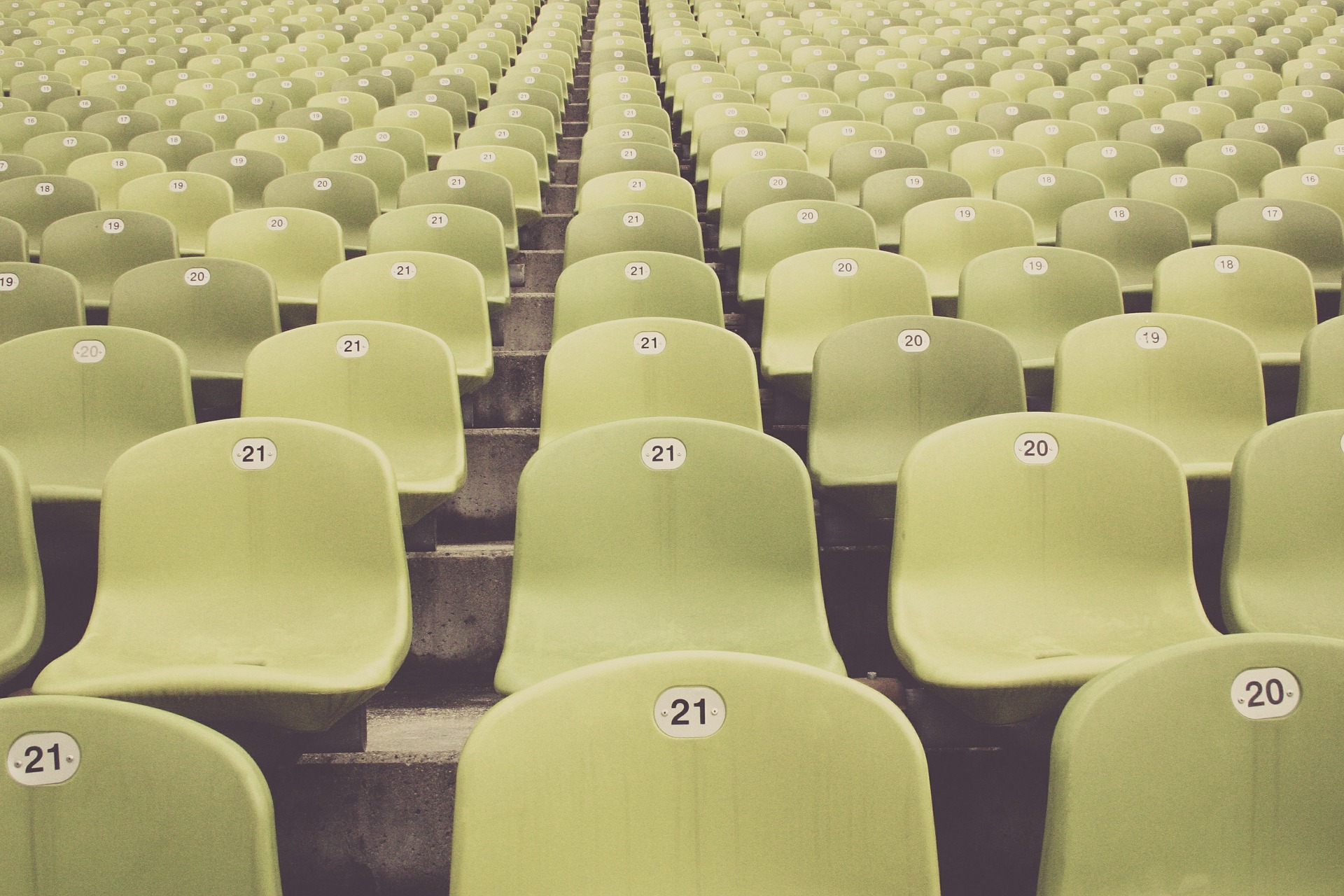 U.S. Olympian Shaun White Poses with Tibetan Flag Weeks Before Beijing Genocide Olympics
One of the athletes who took time to speak with the activists was snowboard champion Shaun White. Students for a Free Tibet is among the groups campaigning for a boycott of the Winter Olympics, which it and other human rights campaigners are calling the “Genocide Games” to condemn China’s persecution of the Uyghur Muslims.
https://www.breitbart.com/asia/2022/01/10/u-s-olympian-shaun-white-poses-tibetan-flag-weeks-before-beijing-genocide-olympics/

China locks down third city, raising affected to 20 million
A third Chinese city has locked down its residents because of a COVID-19 outbreak, raising the number confined to their homes in China to about 20 million people. It wasn’t clear how long the lockdown of Anyang city, home to 5.5 million, would last as a notice said it was being done to facilitate mass testing but did not indicate if it would end when the testing is completed. Another 13 million people are locked down in the city of Xi’an and 1.1 million in Yuzhou.
https://www.independent.co.uk/news/china-xi-an-beijing-covid-tianjin-b1990486.html

China’s Zero Covid Policy Is Falling Apart
China’s zero covid policy has zero chance of succeeding, which is why they’ve changed the definition of zero covid. You know how it is when you stake your reputation on a policy that just doesn’t work. In this episode of China Uncensored, we discuss the extreme measures China is taking to prevent the covid from spreading, why it’s so hard to report positive cases in China, and what Beijing is doing to protect the 2022 Beijing Olympics.
https://www.youtube.com/watch?v=ew3pjAHc81c

UPDATE: US Military Report States COVID-19 Was Created by a US-Funded EcoHealth Alliance Program at Wuhan Institute of Virology
One document, an August 13, 2021 report on Defense Advanced Research Projects Agency (DARPA) letterhead from the Commandant of the Marine Corps Fellow, DARPA to the Inspector General of the Department of Defense carries the subject line: “SARS CoV-2 Origins Investigation With US Government Program Undisclosed Document Analysis.” The analysis reports that the 2018 EcoHealth Alliance coronavirus research proposal that DARPA rejected because it was too risky and likely violated the gain of function research ban was then funded by NIH/NIAID and carried out, and that SARS-CoV-2 – a/k/a COVID-19 – resulted from that research and escaped in August 2019.
https://redstate.com/jenvanlaar/2022/01/11/new-us-military-report-states-covid-19-was-created-by-a-us-funded-ecohealth-alliance-program-at-wuhan-institute-of-virology-n504679

LAWRENCE SELLIN: New Pentagon Papers Show COVID Is Bioweapon Made in China Paid for and Developed by US Scientists Who Then Covered It Up While Pushing Flawed Public Health Policies
Based on a preponderance of evidence, COVID-19 was made in a laboratory in China as part of a biowarfare program, which was facilitated by U.S. government officials and U.S.-based scientists, who then tried to cover up their complicity and implemented flawed public health policies, all of which likely led to the unnecessary deaths of hundreds of thousands of Americans.
https://www.thegatewaypundit.com/2022/01/lawrence-sellin-new-pentagon-papers-show-covid-bioweapon-made-china-paid-developed-us-scientists-covered-pushing-flawed-public-health-policies/

China offers Kazakhstan security support, opposes ‘external forces’
“Recent turmoil in Kazakhstan shows that the situation in Central Asia is still facing severe challenges, and it once again proves that some external forces do not want peace and tranquillity in our region,” the ministry quoted Wang telling Tileuberdi.https://www.reuters.com/world/asia-pacific/china-offers-kazakhstan-security-support-opposes-external-forces-2022-01-10/

The Secret Chinese Company Eating the World
This isn’t just a story of China’s hoarding, China Bad. It is one of the nature of the global system. This hoarding all through one company: the COFCO Group or the China Oil & Foodstuffs Corporation. This singular Corporation is responsible for China’s food supply. COFCO’s annual sugar imports account for about 50% of China’s total imports. A company headquartered in China that has legal entities in the Caribbean. And it just keeps getting crazier.
https://mercurial.substack.com/p/the-secret-chinese-company-eating

Common Office Desk Phone Could Be Leaking Info To Chinese Government, Govt Report Alleges
A major Chinese phone maker could be putting U.S. consumers, companies, and even national security data at risk, and a U.S. senator wants to know what the Commerce Department is going to do about it. As DefenseOne first reported, in a Sept. 28 letter obtained by Defense One, Sen. Chris Van Hollen, D-Md., described a report that “raises serious concerns about the security of audio-visual equipment produced and sold into the U.S. by Chinese firms such as Yealink.”
https://www.zerohedge.com/markets/common-office-desk-phone-could-be-leaking-info-chinese-government-govt-report-alleges

Chinese developer Shimao puts all property projects on sale – Caixin
SHANGHAI (Reuters) – Shimao Group Holdings has put on sale all of its real estate projects, including both residential and commercial properties, as the cash-strapped Chinese property developer accelerates asset disposals, Caixin reported. Shimao, which defaulted on a trust loan last week, has asked agents since late December to help seek buyers for its properties, Caixin reported over the weekend.
https://www.msn.com/en-us/money/companies/chinese-developer-shimao-puts-all-property-projects-on-sale-caixin/ar-AASByZS
– Thanks to listener Kenny

China’s New Negative List for Foreign Direct Investment
The Negative List consists of sectors prohibited or restricted for investment from both Chinese and foreign companies without special regulatory approval. For sectors listed on the Negative List, Chinese and foreign investors will be treated the same with respect to investment restrictions and approval requirements. The FDI Negative List applies only to foreign investors (including foreign-invested enterprises (“FIEs”) in China), and includes additional sectors that are prohibited or restricted to such investors, beyond those specified on the Negative List. The FDI Negative List applies nationwide.
https://www.wilmerhale.com/en/insights/client-alerts/20220111-chinas-new-negative-list-for-foreign-direct-investment

China Is The Only Winner In This Huge Iraqi Oil Field
The statement last week from Iraq’s Oil Minister, Ihsan Abdul Jabbar, that the newly resurrected Iraqi National Oil Company (INOC) has been given government approval to acquire ExxonMobil’s 32.7 percent stake in the supergiant West Qurna 1 oil field for up to US$350 million is likely to leave China delighted, the U.S. irritated, and Iraq’s oil industry still unable to achieve any of its key oil output goals.
https://oilprice.com/Energy/Crude-Oil/China-Is-The-Only-Winner-In-This-Huge-Iraqi-Oil-Field.html

How China’s Biggest Spies got CAUGHT in 2021
2021 has been a busy year for China’s Spy agencies but an even bigger year for American Spy Hunters!…
https://www.youtube.com/watch?v=5yHIDOfd1x8