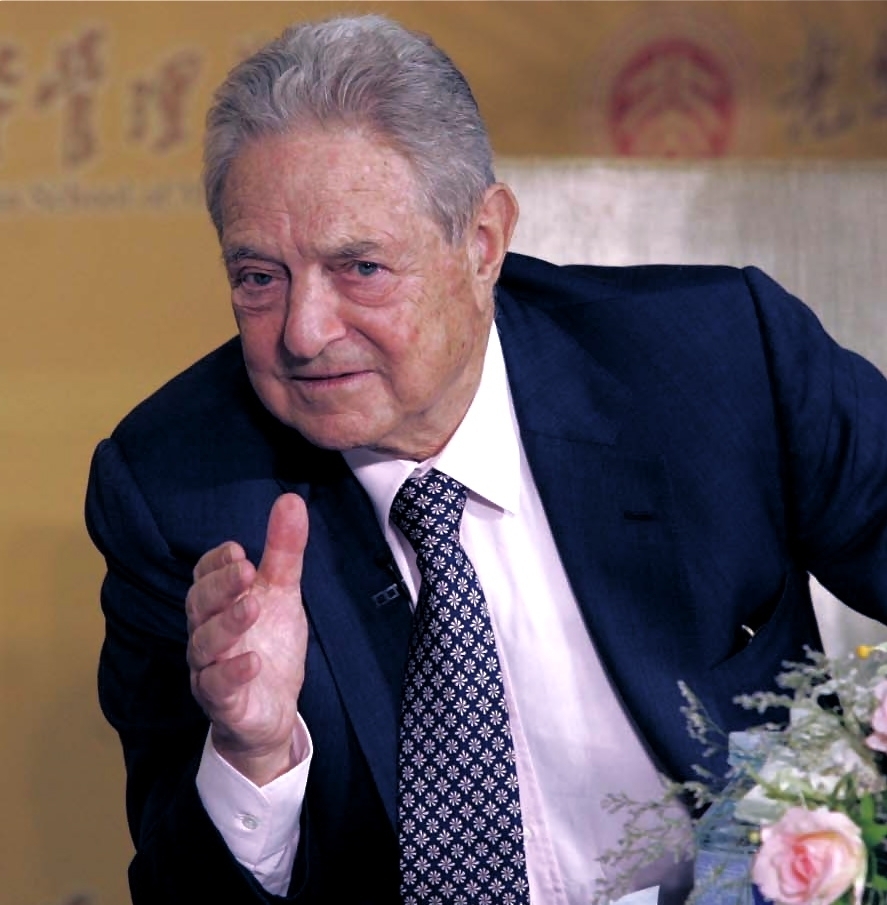 Soros calls for regime change in China
Liberal billionaire George Soros called for the replacement of Chinese President Xi Jinping on Monday, comparing the upcoming 2022 Beijing Winter Olympics to the 1936 Olympics in Nazi Germany. In a speech delivered at the conservative Hoover Institution, Soros called China the “world’s most powerful authoritarian state” and “the greatest threat that open societies face today.”https://www.rt.com/news/547892-soros-regime-change-china/

Covid Controls to outlast covid
“The Chinese Communist Party has found the best model for controlling people,” he said in a telephone interview in December. This month, the police detained Mr. Xie, a government critic, accusing him of inciting subversion and provoking trouble.https://dnyuz.com/2022/01/30/living-by-the-code-in-china-covid-era-controls-may-outlast-the-virus/

Exporting China’s Social Credit System
Lin jinyue (one of early theoretical designers of the social credit score system in china) explains why the whole world should adopt it:it’s the best method to keep at bay those annoying people disagreeing with government!
https://twitter.com/songpinganq/status/1451507471340683265?s=20&t=lSejuLHPMqNJe59duOTS0A

China’s finely crafted web of digital surveillance for the Beijing Olympics has been years in the making
The full extent of China’s domestic security state has been unclear since 2013, when the Finance Ministry stopped disclosing it after years of greater spending on internal security than on defense. What is known is that extensive upgrades to state surveillance have been pursued across China in recent years. This surveillance state 2.0 has been built by police budgets, creating a vast market for leading Chinese companies that bring emerging technologies to bear on catching and preventing perceived sources of social instability.https://www.msn.com/en-us/sports/winter-olympics/china-e2-80-99s-finely-crafted-web-of-digital-surveillance-for-the-beijing-olympics-has-been-years-in-the-making/ar-AATodn7

Spying. Human Rights. Covid-19. Beijing Olympic Athletes Face the Most Complex Games Ever.
Politics has always been intertwined with the Olympics. The 1980 Moscow Games and 1984 Los Angeles Olympics saw significant boycotts. Controversy surrounded the 1936 Winter and Summer Olympics in Nazi Germany and the 2008 Summer Olympics in Beijing. The U.S. and others are observing a diplomatic boycott of the 2022 Beijing Games. The Biden administration isn’t sending any high-ranking officials. The White House cited China’s campaign to forcibly assimilate ethnic Uyghurs and other mostly Muslim minorities in the Xinjiang region. The U.S. and other governments, as well as human-rights activists, say that Beijing has put as many as one million people in detention centers, subjecting some to forced labor and sterilization. China denies those allegations, describing the camps as vocational centers that improve livelihoods and combat religious extremism.
https://www.wsj.com/articles/beijing-olympics-winter-games-athletes-covid-china-politics-11643562434

The Tuidang Movement
Walking down the streets of Chinatown or witnessing a Falun Gong parade in recent years, one may have encountered signs referring to “X million people have quit the Chinese Communist Party.” What does this mean? What does it have to do with Falun Gong? Why has it not been more widely reported?
https://faluninfo.net/the-tuidang-movement-and-falun-gong/

GLOBAL SERVICE CENTER for QUITTING THE CHINESE COMMUNIST PARTY
The Tuidang Warriors are the Hope of China 390,865,280 Chinese People Have Quit the Party & Its Affiliated Organizations
https://global.tuidang.org/

‘Red-Handed’: 23 Former U.S. Senators and Congressmen Who Lobby for Chinese Military or Chinese Intelligence-Linked Companies
Many lawmakers cash in after leaving office by becoming lobbyists for corporations and other special interests. But one would hope that they would not become advocates for America’s primary economic and political adversary — communist China — by lobbying for outcomes that run counter to the United States’ long-term interests. However, Schweizer’s book reveals that many former congressional leaders, committee chairman, and rank-and-file members are lobbying for Chinese intelligence and military-linked companies.https://www.breitbart.com/politics/2022/01/31/red-handed-23-former-u-s-senators-and-congressmen-who-lobby-for-chinese-military-or-chinese-intelligence-linked-companies/

China’s WTO Charades
EU is taking China to the WTO for its unfair practices against Lithuania. But, its 20 year history with WTO shows, Beijing does not abide by the laws of the organization.
https://tippinsights.com/chinas-wto-charades/

Alexa whistleblower demands Amazon apology after being jailed and tortured
A whistleblower who exposed illegal working conditions in a factory making Amazon’s Alexa devices says he was tortured before being jailed by Chinese authorities. Tang Mingfang, 43, was jailed after he revealed how the Foxconn factory in the southern Chinese city of Hengyang used schoolchildren working illegally long hours to manufacture Amazon’s popular Echo, Echo Dot and Kindle devices.
https://www.theguardian.com/technology/2022/jan/30/alexa-factory-whistleblower-i-was-tortured-and-jailed-now-amazon-should-apologise

Here’s why Morgan Stanley is cutting its forecast for China’s first quarter GDP
The economic costs of China’s zero-Covid policy are increasingly expected to outweigh its benefits, according to U.S. investment bank Morgan Stanley. China’s zero tolerance for Covid leaves the country at a disadvantage compared to other countries with an endemic strategy, its chief China equity strategist Laura Wang told CNBC’s Emily Tan. In January, the U.S. investment bank cut its forecast for China’s first quarter GDP — lowering estimates to 4.5% growth year-on-year, from its previous prediction of 4.9%.
https://www.cnbc.com/2022/01/27/why-morgan-stanley-cut-forecast-for-chinas-first-quarter-gdp-in-2022.html

If I Were From Beijing
Chinese people make do without Google, Facebook, Youtube, Twitter. Instead, the regime has built its own online offer. How is this Chinese internet structured and what does it mean for democracy and debate?
https://www.arte.tv/en/videos/RC-017626/if-i-were-from-beijing/

Topic Suggested By A Caller – What is The Dragon Family?
The primary conspirator in this theory is the so-called Dragon Family, an above-the-law, outside of the system, extremely wealthy family who is motivated to save the world from the grip of the evil Rothschildian banksters and financial manipulators.
https://www.abovetopsecret.com/forum/thread1073991/pg1