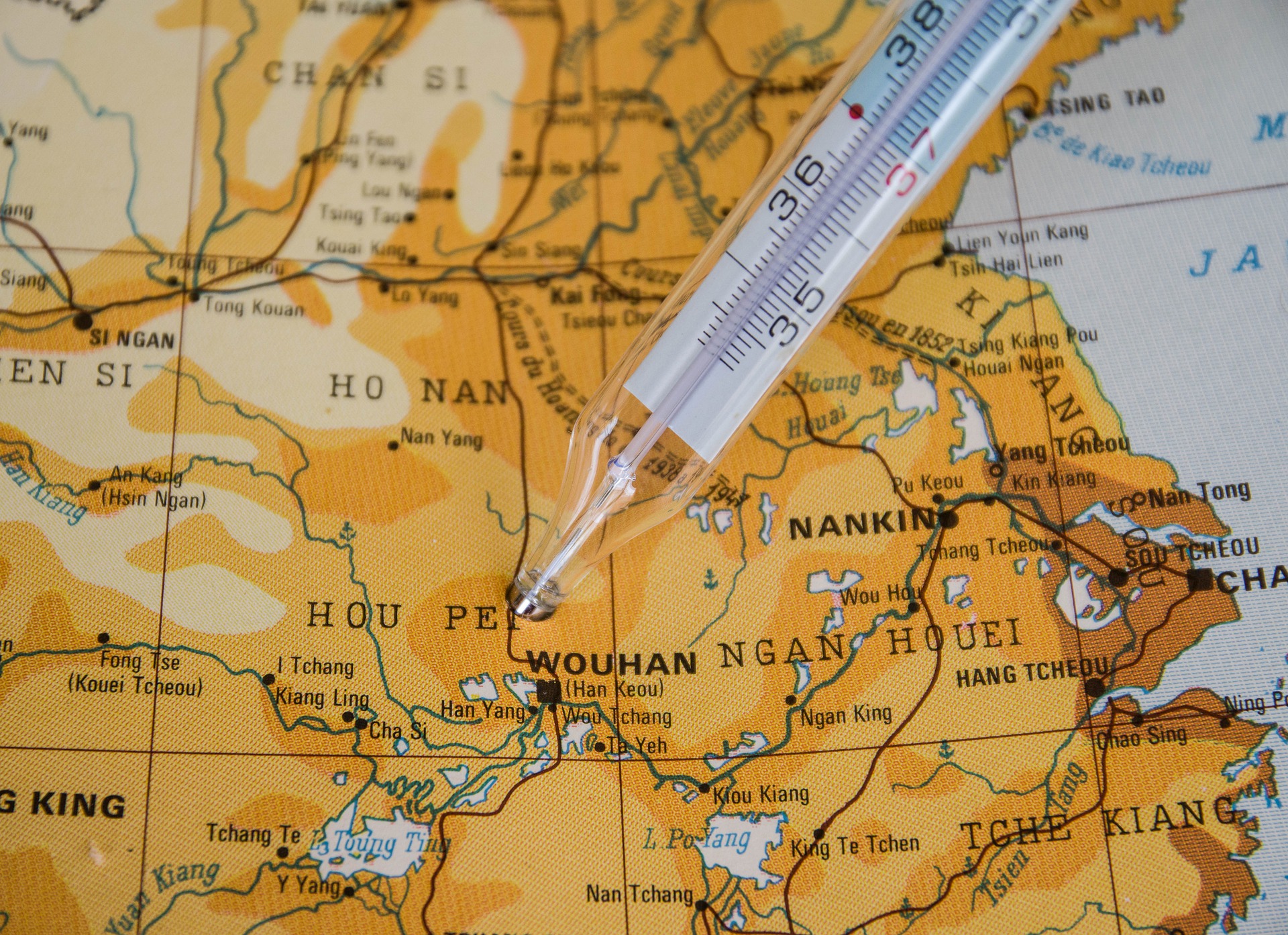 American Athletes’ Beijing Betrayal
Because it’s hosting the Winter Olympics, China gets an automatic spot in the ice-hockey tournament. And since China has no tradition in the sport, the team’s roster is made up of only six Chinese-born players, along with eleven Canadians, seven Americans, and one Russian. Some of the Americans don’t have any connection to China. One of those players is Jake Chelios, son of NHL Hall of Famer Chris, who has been playing for a Moscow-based Chicom team called the Kunlun Red Star, which competes in the Russian Kontinental Hockey League. (Though they are consistently terrible.) And, after a single day of interviews, the Chinese shut down all communication between the press and players — “a highly unusual decision at an event like the Olympics,” The Canadian Press gently noted. But it’s certainly not unusual for the Chinese.
https://www.nationalreview.com/corner/american-athletes-beijing-betrayal/

Dutch Reporter Dragged Away by Chinese Security on Live TV While Covering Beijing Winter Olympics
In a clip of the incident aired by the Dutch broadcaster NOS on Twitter that quickly received thousands of likes and re-tweets, viewers can see NOS reporter Sjoerd den Daas standing in front of a busy street and overpass while delivering his commentary into a microphone when the guard moves up without warning and begins yelling and pushing him aggressively.
https://www.theepochtimes.com/dutch-reporter-dragged-away-by-chinese-security-on-live-tv-while-covering-beijing-winter-olympics_4257485.html

No internet, bad food and dirty rooms: Olympic athletes struggle in COVID quarantine
Team officials from Germany, Belgium, and Russia said their athletes are facing nightmarish situations, like poor to no internet connection, bad food, and no training equipment, in the so-called quarantine hotels set up by Chinese officials. No access to fitness equipment or struggling to communicate with their teams are especially problematic for athletes trying to stay in tip-top shape before they compete.
https://www.npr.org/2022/02/06/1078570937/olympic-athletes-covid-isolation

National Institutes of Health (NIH) Spent $Billions Supporting Research in China Including Its Biowarfare Program
Among those documents is a list of 2,221 research projects awarded to U.S. universities between 2010 and 2018, through which money was funneled to Chinese research centers. The major portion of those grants (22%) were provided by Anthony Fauci’s National Institute of Allergy and Infectious Diseases (NIAID).
https://www.thegatewaypundit.com/2022/02/lawrence-sellin-national-institutes-health-nih-spent-billions-supporting-research-china-including-biowarfare-program/

Burner Phones, Clandestine Meetings, and Difficult Secrets
As part of the criminal cover-up that will likely go down as one of the most horrific atrocities ever perpetrated on mankind, Fauci and his associates allegedly used “burner phones,” held “clandestine meetings, and kept “difficult secrets,” in order to hide their actions from the public.
https://www.thegatewaypundit.com/2022/02/burner-phones-clandestine-meetings-difficult-secrets-dr-malone-calls-dr-fauci-public-health-experts-covered-crucial-covid-information-beginning-pandemic/

Was Peter Daszak Working For The Central Intelligence Agency?
This statement was said by EcoHealth Alliance President Peter Daszak at a 2016 forum discussing “emerging infectious diseases and the next pandemic”. Daszak, who received more than $118 million in grants and contracts from federal agencies, including $53 million from USAID, $42 million from DOD, and $15 million from HHS, appeared to boast about the manipulation of “killer” SARS-like coronaviruses carried out by his “colleagues in China” at the now infamous Wuhan Institute of Virology.
https://kanekoa.substack.com/p/was-peter-daszak-working-for-the

Joint Statement of the Russian Federation and the People’s Republic of China on the International Relations Entering a New Era and the Global Sustainable Development
“Today, the world is going through momentous changes, and humanity is entering a new era of rapid development and profound transformation. It sees the development of such processes and phenomena as multipolarity, economic globalization, the advent of information society, cultural diversity, transformation of the global governance architecture and world order; there is increasing interrelation and interdependence between the States; a trend has emerged towards redistribution of power in the world; and the international community is showing a growing demand for the leadership aiming at peaceful and gradual development.”
http://en.kremlin.ru/supplement/5770

China is in deep trouble
The CCP wants to dominate Chinese minds and bodies and keep money in China for the Chinese, so it is about to stop the flow of money out of the country, which was started by many Chinese businessmen preparing to flee the country. With such a large crackdown on businesses that provide many jobs, China is digging its own grave in the long run and Xi Jinping doesn’t realize it yet.
https://www.americanthinker.com/blog/2021/12/china_is_in_deep_trouble.html

ON CHINESE RACISM AND AMERICAN CONFUSION
From the Chinese perspective, the United States used to be a strong society that the Chinese respected when it was unicultural, defined by the centrality of Anglo-Protestant culture at the core of American national identity aligned with the political ideology of liberalism, the rule of law, and free market capitalism. The Chinese see multiculturalism as a sickness that has overtaken the United States, and a component of U.S. decline.
https://www.powerlineblog.com/archives/2022/02/on-chinese-racism-and-american-confusion.php

US adds 33 Chinese companies to red flag list, unseals Hytera indictment
The US government on Monday announced restrictions on transactions with 33 Chinese organizations whose ownership is deemed to be “unverified”, and unsealed an indictment against a Shenzhen-based tech company already banned from supplying US federal agencies. The Commerce Department’s new “unverified list” entries are primarily hi-tech manufacturers, including those that produce laser components and pharmaceuticals, government research labs and two universities. US companies seeking to export to entities on the list must obtain a licence to do so.
https://www.scmp.com/news/world/united-states-canada/article/3166169/us-adds-33-chinese-companies-red-flag-list

US House passes the China-focused America Competes Act
The legislation includes provisions to strengthen US relations with Taiwan, new sanctions for officials in Xinjiang accused of “systematic rape, coercive abortion, forced sterilization, or involuntary contraceptive implantation policies and practices” and an authorization for millions of dollars in funding to counter Chinese government censorship and disinformation.
https://www.scmp.com/news/china/article/3165893/us-house-passes-china-focused-america-competes-act

The war on drugs puts a target on China
The report from the Commission on Combating Synthetic Opioid Trafficking, to be released Tuesday, must also contend with Beijing’s politicizing of counternarcotics cooperation, which has stymied efforts to reduce the supply of fentanyl and related chemicals flooding U.S. streets. Fentanyl, a drug approved for pain treatment, killed more than 64,000 Americans from April 2020-April 2021, according to the Centers for Disease Control and Prevention. A recent Stanford-Lancet study warned that the U.S. opioid overdose death toll could rise to 1.2 million by 2029.
https://www.politico.com/news/2022/02/07/fentanyl-china-war-on-drugs-00005920

China’s Personality Deficit – It keeps the country from becoming a superpower.
Irrespective of political ideologies and forms of government, certain intrinsic characteristics are necessary to earn and maintain credibility among global peers. On the world stage, diplomacy, respect for international laws and borders, human rights protection, transparency of governance, civil liberties, and sheer courtesy are not merely desirable but essential. On that score, China falls woefully short.
https://tippinsights.com/chinas-personality-deficit/