Is CCP Factionalism On The Rise? What Does It Mean For The US? 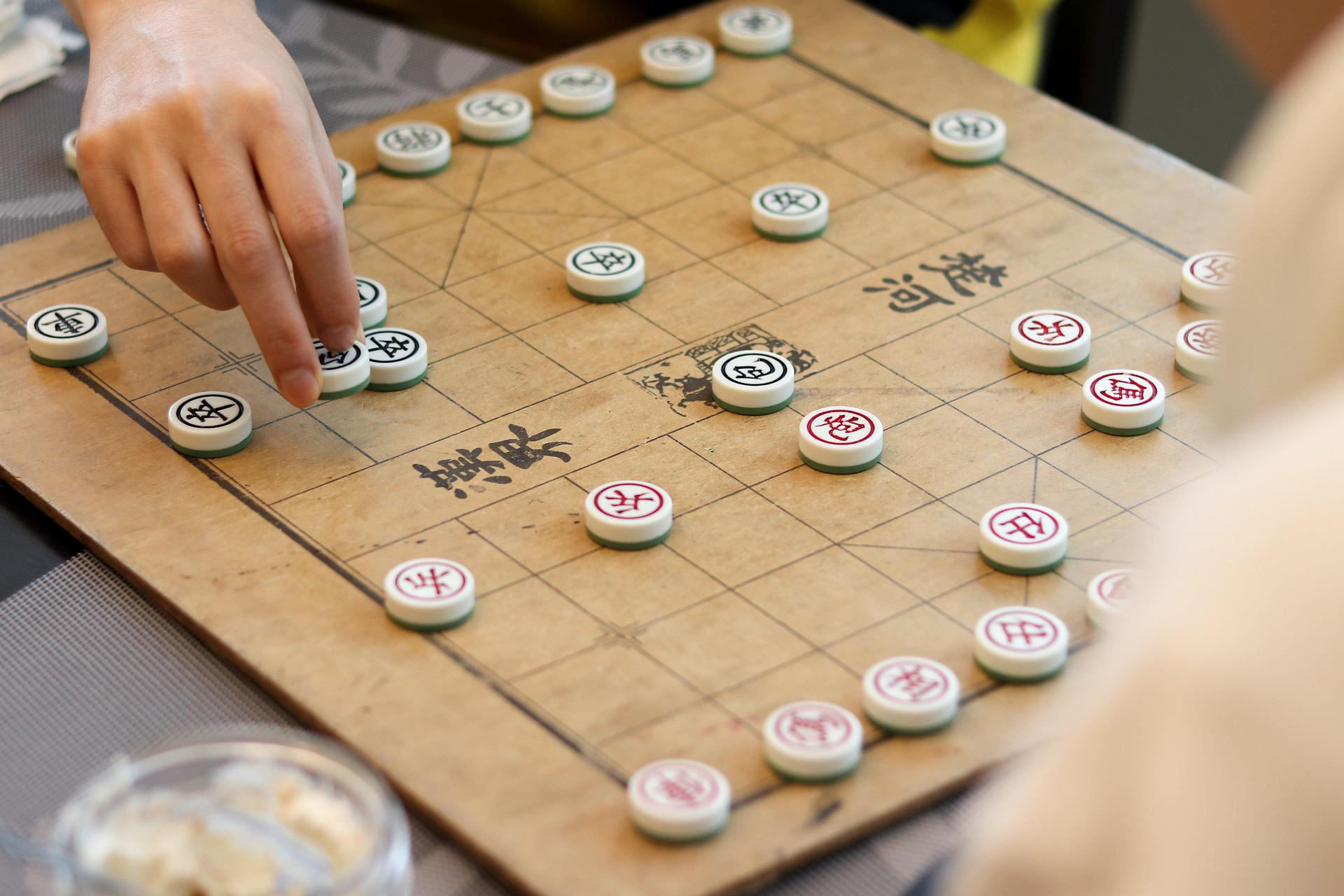 Going crazy on new coal [and gas] power
The unofficial chant for China’s local officials this year is “project is king”, meaning get as much construction underway as fast as you can. Coal power plants are just one sector among many. The 43 GW capacity listed in the article is in various stages of development, from a project being announced to entering commercial operation. So it’s not easy to gauge how much of an acceleration this represents, but it does show the drive to push projects forward.
https://mobile.twitter.com/laurimyllyvirta/status/1521413577734823939

Biden opens the door to reversing Trump’s tariffs on China as a way to combat inflation
President Joe Biden on Tuesday left the door open to reversing his predecessor’s tariffs on China, signaling the White House is eyeing new ways to cool rising prices with inflation still stubbornly high. “We’re discussing that right now,” Biden said after a speech on Tuesday. “We’re looking at what would have the most positive impact.”
https://www.businessinsider.com/biden-trump-tariffs-on-china-combat-inflation-2022-5

What Pushed Apple Factory Workers to Riot?
Tensions at the factory in the Songjiang district of Shanghai sparked the conflict after workers tried to return to dormitories after their shifts, according to Taiwan media outlet UDN, Bloomberg reported. Over 100 employees jumped over a barrier and ran past guards, ignoring their warnings. Employees had become tired and frustrated by the controlled environment at the plant, a worker said.
https://www.thestreet.com/investing/why-apple-workers-rioted

This is how Xi Jinping gang sidelined CCP deep factions
Pundits who argue that China’s newfound aggressive economic, military, and diplomatic external policy is a consequence of a politically stronger leader, make the assumption that for decades, the Chinese Communist Party (CCP) and its leadership have been a monolith. In their understanding, China’s foreign policy shift is merely a consequence of a change in preferences within the CCP. Such an understanding comes from taking the idea of a centralised one party state, quite literally. Viewing the CCP as a monolith is misleading, and impedes the understanding of domestic Chinese politics, and the dynamics of factional politics within it, which have governed the party’s behaviour over the past few decades. The dynamics of factional politics within China are an effective barometer of the nature of political power in Beijing at any given time.
https://theprint.in/india/this-is-how-xi-jinping-gang-sidelined-ccp-deep-factions/604632/

China’s Communist Party Crumbles! Factional Infighting Heats Up
Chinese presitator Xi Jinping has been fighting a hidden enemy since he took power. That enemy, former Chinese leader Jiang Zemin, left office in 2003, but never really relinquished power. Now factional infighting in China’s Communist Party is heating up as Xi and Jiang battle for dominance ahead of a major meeting next year. That meeting will decide whether Xi stays leader for a third term, something Jiang hopes to avoid. Watch this episode of China Uncensored for more on the General Hostilities drama, which leader controls which parts of the country, and what happened with Xi’s predecessor.
https://www.youtube.com/watch?v=59US114ANxs

China’s Coming Coup: Xi Jinping’s War on Corruption and Jiang Zemin
Within the Taizidang and the wider Chinese state lies a powerful clique of business, military and political interests known as the “Shanghai Gang”. They are known to be centered around Jiang Zemin, who served as Communist Party Secretary and President from 1989 to 2002. As their name implies, figures within the faction have close links to Jiang’s mayoralty of Shanghai and his time as Party Secretary. The Shanghai Gang rose to prominence in 1989 when then-Party Secretary Zhao Ziyang advocated talks with Tiananmen Square protesters and fell out of favour. Then the mayor of Shanghai, Jiang supplanted Zhao to become China’s premier, before ordering the use of the People’s Liberation Army to clear the Tiananmen Square protests.
https://natoassociation.ca/chinas-coming-coup-xi-jinpings-war-on-corruption-and-jiang-zemin/

EU Commission: Why chat control is so dangerous
The EU Commission currently prepares a legislative package to fight sexual abuse of children. The draft is soon to be presented and in part covers the dissemination of child sexual abuse material (CSAM) via the internet. Additionally, the directive aims at targeting private and encrypted communication, such as that on messenger services. Critics declare this form of preemptive mass surveillance not only a threat to privacy, (cyber)security and the right to freedom of expression but as danger to democracy in general.
https://netzpolitik.org/2021/eu-commission-why-chat-control-is-so-dangerous/

Why the Solomon Islands Chose China (You Won’t Believe What Australia Did)
The Solomon Islands and China have inked a new security deal that has outraged the US and Australia in today’s video we examine what really happened
https://www.youtube.com/watch?v=cD5FiPq_iOs

Ukraine’s foreign minister calls on China to mediate war with Russia
Ukraine’s Foreign Minister Dmytro Kuleba urged China to call on Russia for a ceasefire to stop further escalation of the war during an interview with China’s Xinhua state news agency, in the first-ever interview by a Ukrainian official to Chinese state media. “All sides, including Russia, could have clearly seen that the war against Ukraine is a wrong move. All of the problems and concerns should be resolved via negotiations rather than resorting to displays of force,” Kuleba told Xinhua.
https://www.jpost.com/international/article-705629

WHY CHINESE CULTURE HAS NOT CONQUERED US ALL
To the natural obstacle facing any logographic language in a latinate world, the Party-state had added the artificial constraints of an information ecosystem sealed off from the rest of humankind. The seal is permeable. In fact, it is breached every day—but these breaches are not free. The transaction costs of jumping the firewall and moving between platforms put Chinese producers at a disadvantage. The cyber infrastructure of the global commons is simply not as intuitive to Chinese executives and artists as it was to the Koreans who engineered the Korean Wave. Even most of the Chinese who live abroad interact with it surprisingly little; they bring the homegrown ecosystem with them in their pockets, and have no reason to leave it.
https://scholars-stage.org/why-chinese-culture-has-not-conquered-us-all/

How Chinese loans help fuel African military spending
Most Chinese lending on the continent is used to fund civilian infrastructure, but according to Boston University’s Global Development Centre, it signed 27 loan deals with eight African countries worth US$3.5 billion between 2000 and 2020 for defence spending.
Most of the money went into buying military aircraft, equipment and training and for building housing units for the military and police.
https://www.scmp.com/news/china/diplomacy/article/3176951/how-chinese-loans-help-fuel-african-military-spending

Shanghai Locals Protest Extended Lockdowns
Protests erupt in Shanghai. Residents there say they’ve had enough of the city’s restrictive lockdown rules. Experts explain how vaccine passports and a cashless society could change the West for good. We look at how the Chinese Communist Party is connected.
https://www.ntd.com/shanghai-locals-protest-extended-lockdowns_774553.html