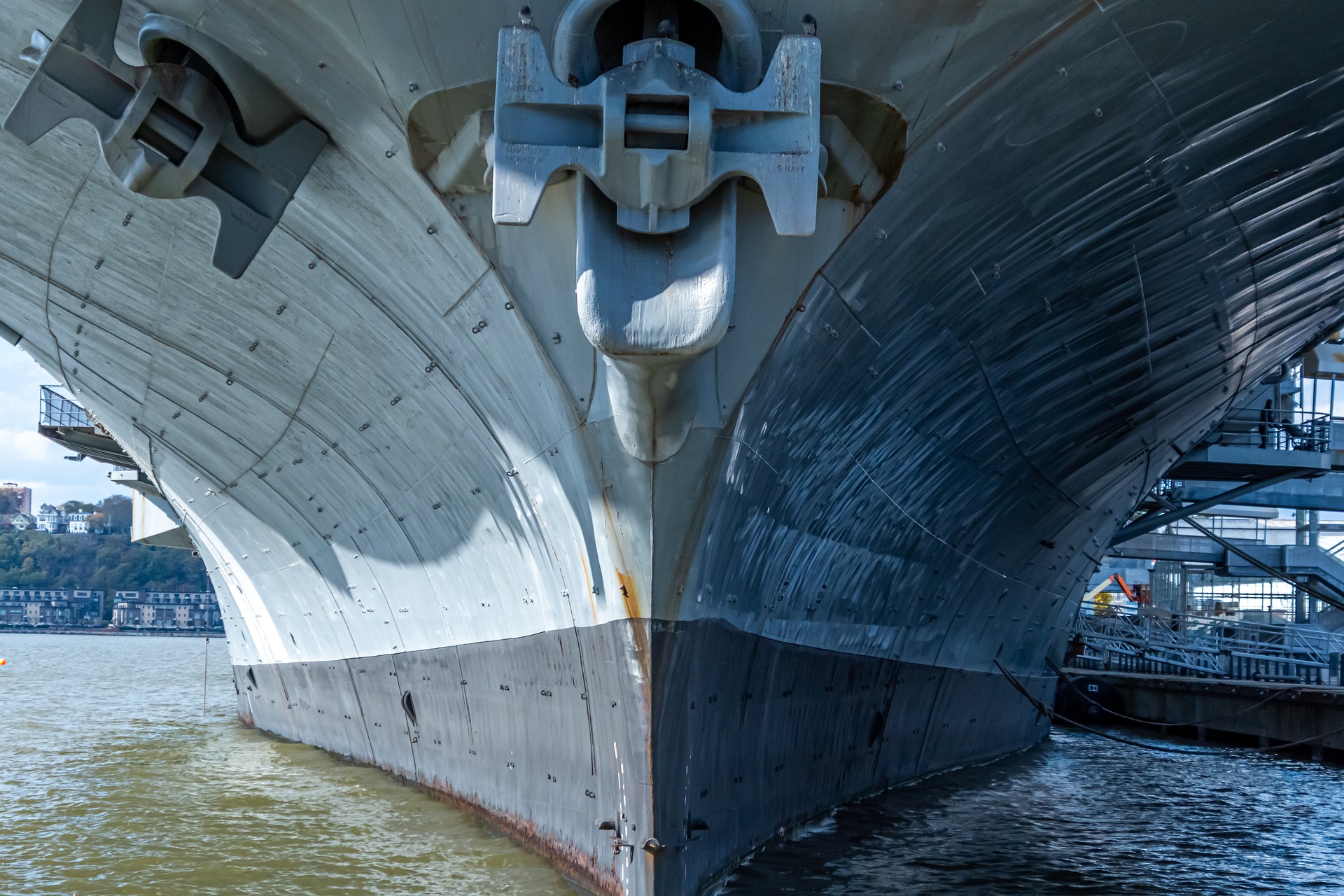 Shanghai Is Finally Lifting Its COVID Lockdown
After another two months of misery and lockdowns, Shanghai is finally starting to lift its Covid restrictions (again). Authorities in the Chinese city have started “dismantling fences around housing compounds and ripping police tape off public squares and buildings”, according to a report published on Tuesday by Reuters.  On Monday night, residents were being allowed out of their compounds for the first time in two months, the report says. Despite the lockdowns starting to come to an end, “there was a sense of wariness and anxiety among residents,” Reuters reported.
https://www.zerohedge.com/markets/shanghai-finally-lifting-its-covid-lockdown

China is Trying To “Starve the World”
The world’s looming food crisis is causing China to buy and hoard the world’s grain reserves, but will it actually give China leverage? We talk about concrete, ghost houses, and relate it to the giant lie that China is spreading around the world about how much food surplus it has.
https://www.youtube.com/watch?v=WfTzJNO17Vc

Haley calls for UN Human Rights chief to be fired after ‘Chinese propaganda tour’ to Xinjiang
Former U.N. Ambassador Nikki Haley on Wednesday called for the United Nations to fire its human rights chief after a controversial trip to Xinjiang, which Haley dubbed a “Chinese propaganda tour” that looked “the other way on genocide.” U.N. High Commissioner for Human Rights Michelle Bachelet visited the Xinjiang region, where the communist regime in Beijing has been persecuting minorities, as part of a six-day tour to China.
https://www.foxnews.com/politics/haley-un-human-rights-chief-fired-chinese-propaganda-xinjiang

China’s human rights violations in Xinjiang: FCDO statement, 30 May 2022
It is clear that the Chinese authorities did not provide the full, unfettered access to Xinjiang for the UN High Commissioner for Human Rights that we and our international partners have long called for. China’s failure to grant such access only serves to highlight their determination to hide the truth. We will continue to act with our international partners to increase the pressure on China to immediately cease its appalling human rights violations in Xinjiang, and release those unjustly detained.
https://www.gov.uk/government/news/fcdo-statement-on-chinas-human-rights-violations-in-xinjiang-30-may-2022

After Hyper-Globalization
Since 2000, the global trade regime has also tolerated an extreme double standard for China. The Clinton administration believed that allowing China into the WTO with no enforceable quid pro quos would nudge China in the direction of political democracy and a less statist economy, as well as reducing the bilateral trade deficit. The opposite has occurred on all fronts. But the opening to China has been extremely lucrative to U.S. corporations and banks, which were the prime promoters of the deal. In the politics of trade, China now benefits by having politically powerful U.S. financiers and customers as a kind of Trojan horse that weakens any deviation from the status quo. There is no such foreign Trojan horse in Leninist China.
https://prospect.org/economy/after-hyper-globalization/

Pacific nations reject China security pact
Ten Pacific Island nations rebuffed China’s push for a wide-ranging regional security pact Monday (May 30), amid worries the proposal was designed to pull them into Beijing’s orbit. Talks in Fiji between Chinese Foreign Minister Wang Yi and leaders from the small island nations failed to reach an agreement, in a high-profile diplomatic setback for Beijing. China is offering to radically ramp up its activities in the South Pacific, directly challenging the influence of the United States and its allies in the strategically vital region.
https://www.channelnewsasia.com/world/pacific-nations-reject-china-security-pact-2715386

The Times view on China’s new aircraft carrier: Blue Sea Bluff
China is on the point of launching its new super-carrier. It is larger by far than Britain’s HMS Queen Elizabeth. The deployment is part of China’s concerted military and political campaign to dominate the Pacific. The arrival of a huge new carrier complete with electromagnetic catapults is a challenge above all to the United States. It is a crucial step towards realising President Xi’s ambition of a world-class “blue sea” navy.
https://www.thetimes.co.uk/article/the-times-view-on-chinas-new-aircraft-carrier-blue-sea-bluff-gfm56hchc

China Prepares Launch Of Most Advanced Aircraft Carrier On ‘Dragon Boat Festival’
Type 003 was supposed to be launched last month to commemorate the 73rd anniversary of the Chinese Navy, but the event was postponed due to the widespread outbreak of COVID in Shanghai.  At 320 meters long, the new carrier will be outfitted with a high-tech electromagnetic catapult system, launching China’s stealth fighters with heavier weapon loads and more fuel.
https://www.zerohedge.com/military/china-prepares-launch-most-advanced-aircraft-carrier-dragon-boat-festival

Tianjin, China’s 3rd Big City in Outbreak: Students are under lockdown since Jan/Supply chain crisis
As the outbreak in China’s capital, Beijing, resurfaces and continues to worsen, the neighboring city of Tianjin has again reported multiple local cases.
Since May 27th, the Tianjin municipal government has asked residents to “remain relatively still,” restricting the movement of people and vehicles, and implementing full-scale nucleic acid testing.  Tianjin University is one of the top universities in China with about 33,000 students. The footage shows the students chanting the slogan: “Down with formalism, down with bureaucracy!” The surrounding students are echoing their support.
https://www.youtube.com/watch?v=mfdM7IdiZJk

Import tsunami sinks US GDP in first quarter
The biggest increase in US imports came from China, which shipped 55% more to the United States in April 2022 (in seasonally-adjusted dollar terms) than it did in August 2019, when then-president Trump slapped 25% tariffs on most Chinese imports. There are several reasons for the implosion of American manufacturing in the course of the Covid epidemic.
https://asiatimes.com/2022/05/import-tsunami-sinks-us-gdp-in-first-quarter/

‘140,000 Soldiers and 953 Ships’: Leaked Audio Clip Reveals China’s Plan To Invade Taiwan
The meeting discusses the roadmap of the “normal to war transition” plan by the top CPC leadership. The audio clip suggests that those present at the high-level meeting include Guangdong’s party secretary, deputy secretary, governor and the vice-governor. The focus of the meeting was on Taiwan, stressing “smashing independence forces and not hesitating to start a war.” The top leadership also discussed “defending national sovereignty and territorial integrity,” a major strategic decision of Chinese president Xi Jinping and the “overall strategic situation of China’s great rejuvenation.”
https://www.ibtimes.com/140000-soldiers-953-ships-leaked-audio-clip-reveals-chinas-plan-invade-taiwan-3518930

The number of researchers with dual US–China affiliations is falling
The number of scholars who declare affiliations in both China and the United States on research papers has dropped by more than 20% over the past 3 years, an analysis conducted for Nature has found. That slump seems to be part of a pattern of waning US–China collaboration that is starting to show up in research databases. The number of papers that were collaborations between authors in the United States and China — the world’s two largest research producers — also fell for the first time last year.
https://www.nature.com/articles/d41586-022-01492-7