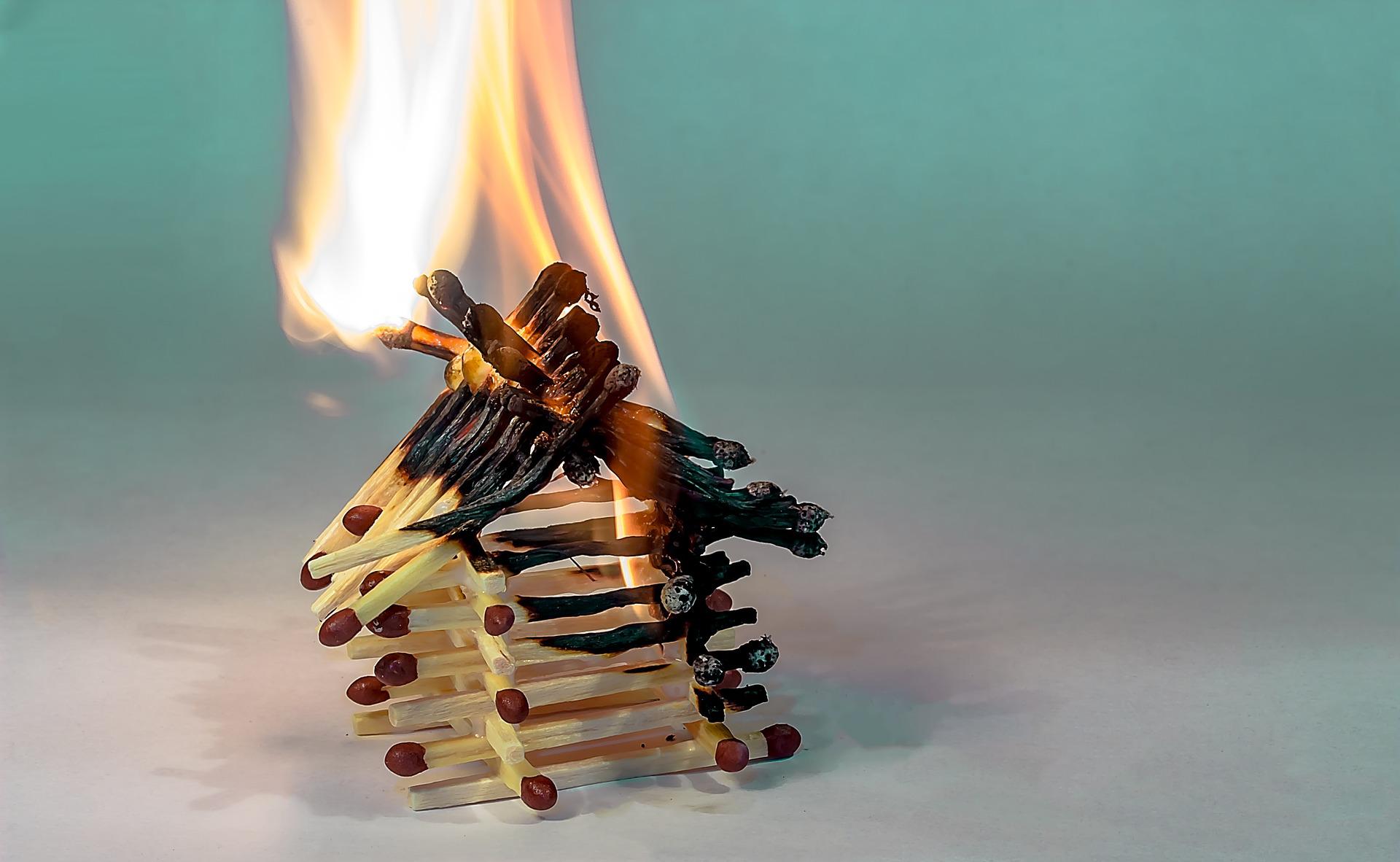 Biden reducing Trump’s China tariffs
Joe Biden’s administration is considering a drawdown of tariffs on Chinese goods in an effort to combat record-high inflation in the U.S. Commerce Secretary Gina Raimondo confirmed the potential move on Sunday, saying Biden has personally asked her team to look into the issue. Inflation in the U.S. hit a 40-year high in March and is expected to escalate in the coming months.
https://www.thegatewaypundit.com/2022/06/totally-compromised-biden-now-working-reducing-president-trumps-tariffs-china/

Up 700%, China’s Consumption Of US Coal Drives Shortages, Not Railroads
Once the White House signaled it was open season on freight rail, federal agencies like the STB and the Agriculture Department joined the blame bandwagon, as well as public utilities. To explain curtailing its operations at its Big Bend power station in Florida, Tampa Electric blamed the railroad for insufficient coal rather than the coal mine. Truth be told, the coal was prioritized for another customer willing to pay more: China. As the U.S. Energy Information Administration reports, US coal exports to China skyrocketed from roughly 1.8 million tons in 2020 to nearly 13 million tons in 2021. The coal shortage facing Tampa Electric and many other electric utilities across the country has nothing to do with the railroads.
https://www.forbes.com/sites/roslynlayton/2022/06/01/up-700-chinas-consumption-of-us-coal-drives-shortages-not–railroads/

Three Chinese Astronauts Dock At New Space Station For Six Month Stay
Three Chinese astronauts, or taikonauts, have docked at the under-construction Tiangong space station Sunday evening after launching from the Jiuquan Satellite Launch Center in the Gobi Desert earlier in the day, according to Space.com.
https://www.zerohedge.com/geopolitical/three-chinese-astronauts-dock-new-space-station-six-month-stay

China is Heading for Disaster… On Purpose
China’s lockdown in Shanghai is a display and a test of something much more sinister. It’s not just about Zero Covid anymore. There are forces at work here that are spelling something very bad on the horizon.
https://www.youtube.com/watch?v=GZHiE96tWY4

Onshoring Semiconductor Capacity Is Crucial to National Security
A steady source of uninterrupted, trusted chips is necessary for the security of the nation – supporting the readiness of the U.S. military and protecting critical infrastructure like the electric grid. The problem is that most chips are fabricated outside of the U.S., in the vulnerable region of Southeast Asia – hence the security issues. Around three quarters of global chip production capacity comes from Southeast Asia. The U.S., on the other hand, represents only 12% of global manufacturing supply, while accounting for around 25% of global demand. This supply-demand imbalance leaves the U.S. in a precarious position, dependent upon foreign sources of supply such as South Korea and Taiwan. Amidst geopolitical tensions in that region, there are compelling reasons to consider strengthening the supply of semiconductor production at home.
https://www.realclearpolitics.com/articles/2022/06/03/onshoring_semiconductor_capacity_is_crucial_to_national_security_147684.html

A flare up in China’s deliberate pattern of aggression
The intercept of the Australian P-8 is not unique. Over the last month, the PLAAF has also begun intercepting Canadian maritime patrol aircraft that serve to enforce UN Security Council sanctions against North Korea – and to which the China has formally agreed with. The Australian case is similar in that the fighter flew very close alongside the P-8, and then dove in front, trying to make the P-8 turn away to avoid a collision. The J-16 fighter involved is highly manoeuvrable, whereas the P-8 in being a modified Boeing 737 commercial airliner is not. For the Australians, there was a further escalatory twist. The PLAAF fighter ejected flares while alongside the P-8 and then carefully positioned itself to dispense chaff – thin aluminium foil strips – so they would be ingested by the P-8’s engines. This appears the first time such actions have seen or at least been publicly revealed.
https://www.lowyinstitute.org/the-interpreter/flare-china-s-deliberate-pattern-aggression

The Indo-Pacific Strategy Needs Indo-Specifics
One of the more glaring gaps in the Biden administration’s strategy is the relative absence of a coherent U.S. economic strategy in the Indo-Pacific. It promises to launch an Indo-Pacific economic framework later this year that will include “doubling down on our economic ties to the region,” but for now details remain woefully scarce. Even the circumstances surrounding the release of the strategy document were peculiar. The Biden administration published the document on a late Friday afternoon, a release window typically reserved for scandals and news you want buried. Second, the release came before publication of the administration’s National Defense Strategy and National Security Strategy. Ideally, the former would be guided by and contextualized within the latter two.
https://www.defenseone.com/ideas/2022/02/indo-pacific-strategy-needs-indo-specifics/362022/

‘Top Gun: Maverick’ brings back the Taiwan flag after controversy
Initially, the film’s trailer in 2019 had shown otherwise. During the preview, the patches on Cruise’s jacket, which originally bore flags that represent Taiwan and Japan, appeared to have been swapped out and replaced with two ambiguous symbols in the same color scheme. That omission had angered some critics, prompting speculation that the change was made to appease Chinese censors and the film’s Chinese backer, Tencent (TCEHY). At the time, Tencent (TCEHY) Pictures, a subsidiary of the Shenzhen-based tech giant, was an investor of the highly anticipated sequel to the 1986 classic.
https://thebeltandnoose.com/5700-2/

Central China’s State Bailout Good News For Similar Developers
The de facto partial state bailout of Central China Real Estate is certainly a sign of things to come, and bodes well for small- to mid-sized Chinese developers of strategic importance to local authorities. The chairman of the Henan-based developer, China’s 37th-largest, will sell a 29% stake in the firm to a real estate company owned by the provincial government. The proposal followed a December move by China South City Holdings to also sell an identical stake to a state firm. The moves strongly hint at local coordination based on instructions from the very top, as Beijing steps up efforts to prevent the property sector’s liquidity crisis from deteriorating into a major systemic risk.
https://www.zerohedge.com/markets/central-chinas-state-bailout-good-news-similar-developers

Pending Embargo On Xinjiang Promises Higher Prices, More Shortages
Effective June 21, the Uyghur Forced Labor Prevention Act will impose a guilty-til-proven-innocent regime that bars all imports from China’s Xinjiang province unless businesses prove their products are not made with forced labor.  A customs official said a “very high” level of evidence will be required. Though the law was passed almost six months ago, the Biden administration is providing U.S. businesses with little or no guidance on how it will be enforced.
https://www.zerohedge.com/economics/pending-embargo-xinjiang-promises-higher-prices-more-shortages