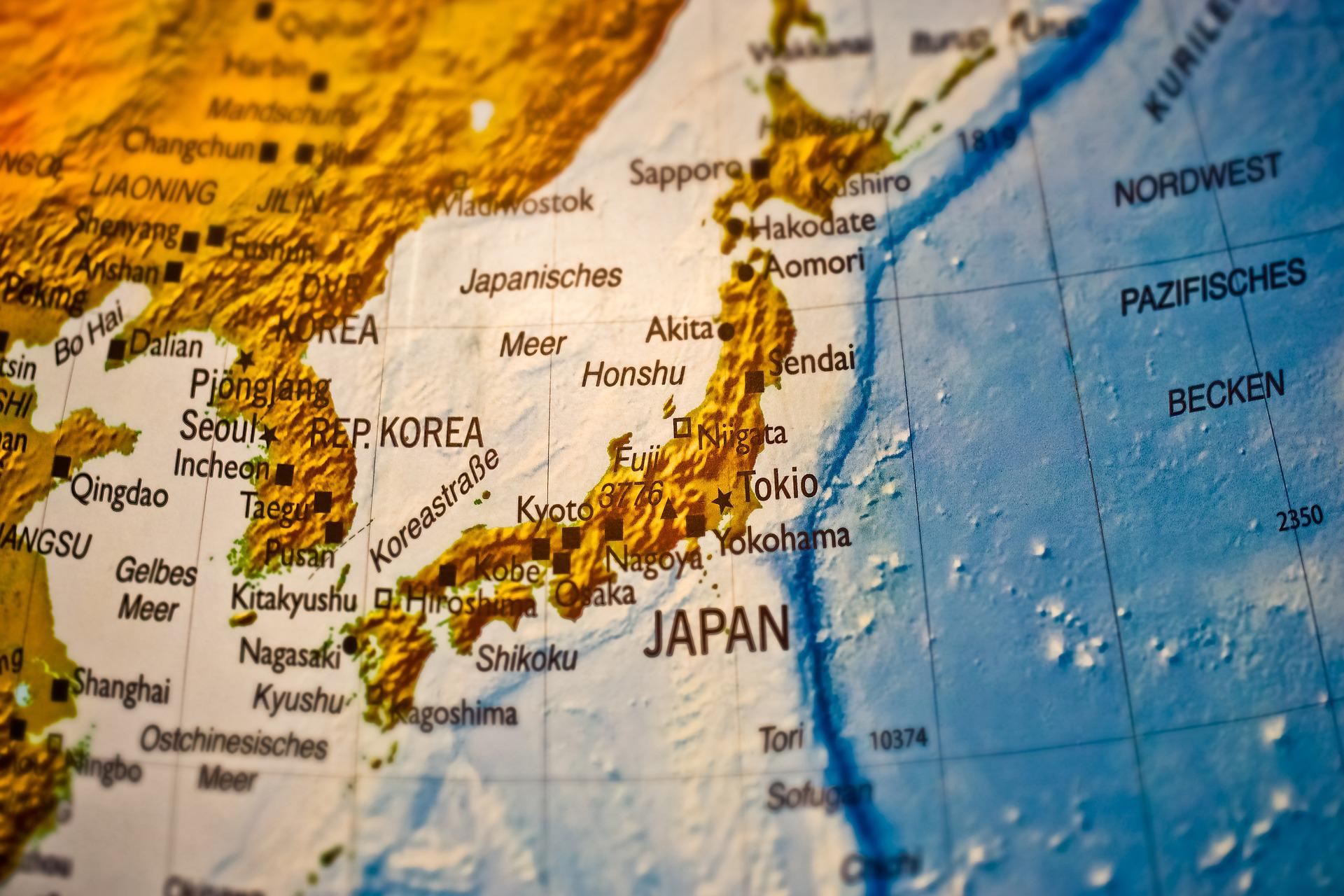 American Factories Are Making Stuff Again as CEOs Take Production Out of China
There has been a sense in financial circles that the fever among American executives to shorten supply lines and bring production back home would prove short-lived. As soon as the pandemic started to fade, so too would the fad, the thinking went. And yet, two years in, not only is the trend still alive, it appears to be rapidly accelerating.
https://www.bloomberg.com/news/articles/2022-07-05/us-factory-boom-heats-up-as-ceos-yank-production-out-of-china

Saudi Arabia Considers Joining ‘BRICS’ Coalition as They Mull Return to Gold Standard
The nation of Saudi Arabia is considering joining the BRICS coalition, consisting of Brazil, Russia, India, China and South Africa, as they divest from the Western globalist powers. China and Russia are wooing Saudi Arabia and potentially Iran as they attempt to increase their power. The Saudis have become disenfranchised with the West, particularly after Biden assumed the American presidency and alienated them deliberately.
https://bigleaguepolitics.com/saudi-arabia-considers-joining-brics-coalition-as-they-mull-return-to-gold-standard/

Biden ships oil from strategic reserves to China
More than 5 million barrels of oil that were part of a historic U.S. emergency reserves release to lower domestic fuel prices were exported to Europe and Asia last month, according to data and sources, even as U.S. gasoline and diesel prices hit record highs.
https://www.breitbart.com/politics/2022/07/06/nolte-joe-biden-ships-u-s-oil-reserves-to-foreign-countries/

China Slams NASA Chief Nelson as Race to the Moon Gets Heated
The competition between the US and China to explore outer space turned prickly after Chinese diplomats blasted the head of NASA and encouraged neighboring countries to support Beijing’s plan for exploring the moon. China’s Ministry of Foreign Affairs spokesman Zhao Lijian on Monday accused NASA Administrator Bill Nelson of lying “through his teeth” in response to reported comments in a German tabloid about the space competition between the two countries.
https://www.bloomberg.com/news/articles/2022-07-05/china-slams-nasa-administrator-bill-nelson-as-race-to-the-moon-gets-heated

Chinese and Russian Navies circle Japan
In yet another example of the increasingly close alliance between Russia and China, the Chinese Navy and Russia’s Pacific Fleet have been engaging in war game operations, seemingly in tandem around Japan, according to the Japanese Defense Ministry.
https://www.zerohedge.com/geopolitical/chinese-and-russian-navies-circle-japan-show-force

Chinese, Russian Warships Continue to Circle Japan, Defense Minister Says
“The fact that about 10 Russian and Chinese ships sail around Japan on the same route in a short period of time is a display of the military presence of both countries around Japan,” Kishi said. Seven Russian warships sailed near Hokkaido toward the Izu Islands on June 15. Five of the ships sailed in the waters between Okinawa and Miyakojima toward the East China Sea on June 21. The group sailed through the Tsushima Strait toward the Sea of ​​Japan, almost making a circle of the Japanese archipelago, he said.
https://news.usni.org/2022/06/24/chinese-russian-warships-continue-to-circle-japan-defense-minister-says

Hunter Biden’s China Connections
It’s often hard to keep up with the Hunter Biden story. From his Chinese deals, one with 10% for the “big guy,” to his payments from Russia, to his millions in checks from the Ukrainian gas company Burisma while it was under investigation for corruption, to the videos of prostitutes, to his admitted drug use, that episode with the handgun and more, the stories just keep surging.
https://www.wnd.com/2022/07/another-new-scandal-predicted-way-biden-crime-family/

Hacker claims to have obtained data on 1 billion Chinese citizens
A hacker has claimed to have stolen the personal information of 1 billion Chinese citizens from a Shanghai police database, in what would amount to one of the biggest data breaches in history if found to be true. The anonymous hacker, identified only as “ChinaDan”, posted on hacker forum Breach Forums last week offering to sell the more than 23 terabytes (TB) of data for 10 bitcoin, equivalent to about $200,000 (£165,000).
https://www.theguardian.com/technology/2022/jul/04/hacker-claims-access-data-billion-chinese-citizens

China Insists It Won’t Take Over the Moon After NASA Comments
However, plans for a return to the lunar surface are in full swing once again with the likes of NASA’s Artemis program, but again the U.S. is not the only country with the moon in its sights. In April this year, the China National Space Administration (CNSA) space agency said it was entering a new phase of its lunar exploration program which would involve the launch of three lunar probes before 2030 and an international research base on the moon itself that could begin hosting crews in the 2030s.
https://www.newsweek.com/china-take-over-moon-nasa-bill-nelson-space-race-1721493

China Destroyed Muslim Culture In This Ancient City — Then Turned It Into Disneyland
Then the mosques fell into the crosshairs of China’s campaign targeting Muslims, including Uyghurs and Kazakhs, in the province of Xinjiang. The government removed minarets and painted over Arabic calligraphy, according to video obtained by BuzzFeed News. Police officers and metal detectors greeted worshippers as they entered. Inside Id Kah, Kashgar’s largest and most revered mosque, cameras spaced 6 meters apart kept watch over the carpet lining the prayer hall. A photograph of Chinese President Xi Jinping hung over one of the doors, even though Islam forbids most figurative images.
https://www.buzzfeednews.com/article/alison_killing/xinjiang-china-mass-detention-tourism

Pakistan’s Sharif woos China by targeting Belt and Road bottlenecks
In June alone, Sharif made two trips to the port town of Gwadar, a key location in China’s Belt and Road development initiative. Previous Pakistani leaders would typically visit once or twice a year. Apart from Sharif, the planning minister and a top prime ministerial aide also visited Gwadar in an apparent effort to pick up the pace of China-Pakistan Economic Corridor (CPEC) projects.
https://asia.nikkei.com/Spotlight/Belt-and-Road/Pakistan-s-Sharif-woos-China-by-targeting-Belt-and-Road-bottlenecks

China Slams US For “Technological Terrorism” As Chipmaking Gear Curbs Expand
As Washington and Beijing move towards technological decoupling, semiconductor chips and equipment have become the center point of national security efforts. The US has placed export controls against Chinese technology firms from purchasing chips and equipment. Now Washington is pushing the Netherlands to ban one of its top chipmakers from selling semiconductor equipment to Chinese companies.
https://www.zerohedge.com/geopolitical/china-slams-us-technological-terrorism-chipmaking-gear-curbs-expand

African children exploited in racist online videos from China
A shocking video circulated on Chinese social media in February 2020 which showed a group of young African children being told by a voice off-camera to chant dehumanising phrases in Chinese such as “I am a black monster and my IQ is low.” The young children, who are seen on camera smiling and appearing enthusiastic, are unaware of the racist language being inflicted on them.
https://www.voice-online.co.uk/news/world-news/2022/06/24/african-children-exploited-in-racist-online-videos-from-china/

A Matter Of Face

Tanks To The Banks! Follow The Money With Senior Banker William Ricketts