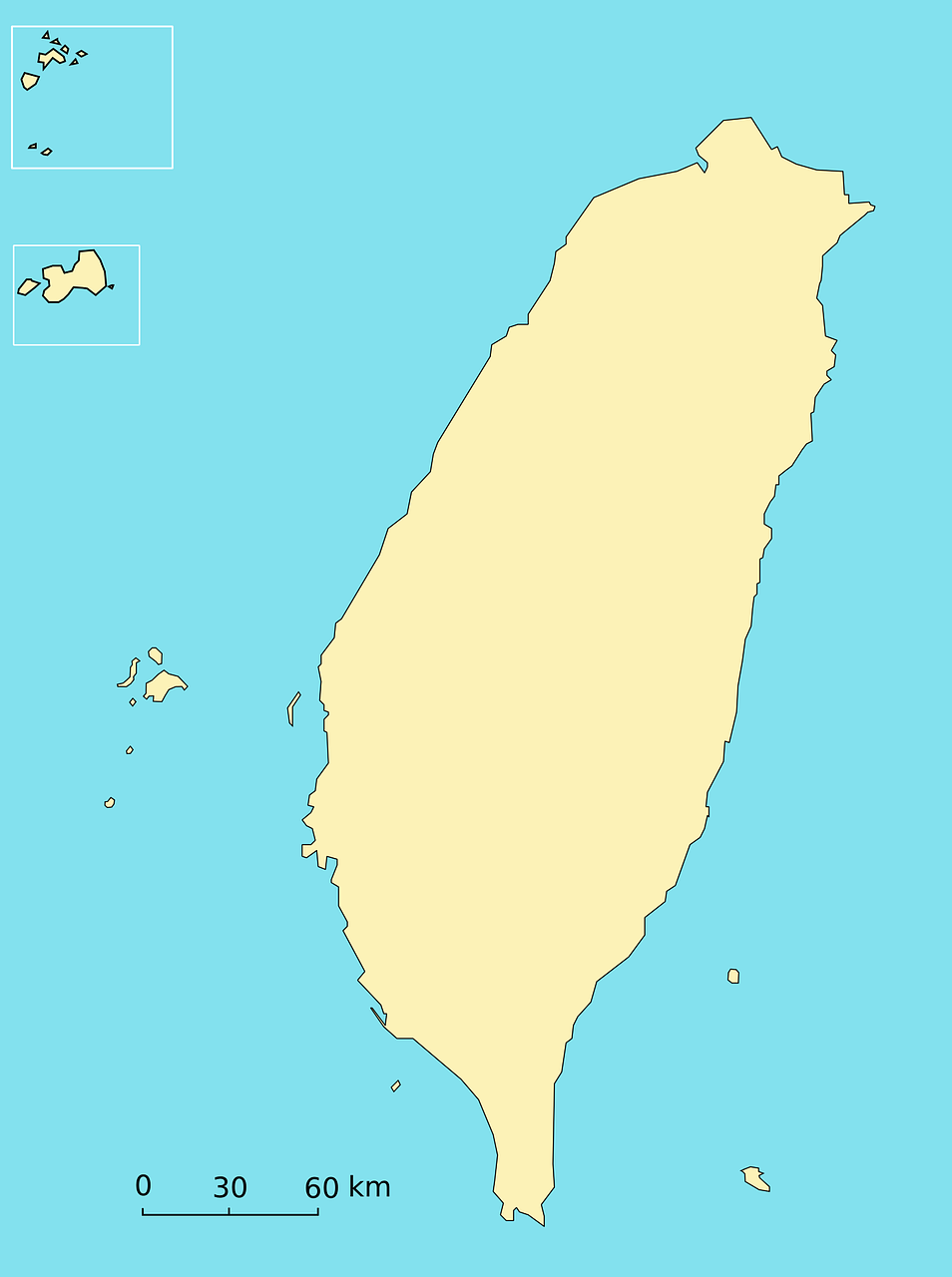 35 cases of a new virus have been recorded in China, but scientists aren’t alarmed
Scientists detected 34 more Langya cases across two eastern Chinese provinces through 2021, according to findings published last week by a research team in China, Singapore and Australia. None of the patients died. Because of that, scientists aren’t yet alarmed. There’s also no sign of human-to-human transmission; the patients who were studied didn’t seem to spread the virus to close contacts, nor did they have histories of common exposures. So Langya appears to be causing infrequent, sporadic infections, and it is most likely passed from animals to people.
https://www.nbcnews.com/health/health-news/new-langya-virus-china-scientists-arent-alarmed-rcna42435

McMaster: Taiwan Could Prove Difficult for China to Invade
But all these escalating military moves from the People’s Republic of China is a “signal to the world” that Beijing could blockade or invade Taiwan, said Patrick Cronin, Hudson’s Asia-Pacific chair. He mentioned threats by Chinese Foreign Minister Wang Yi that Pelosi’s visit could lead to a slippery slope of conflict as a means of intimidating other nations.
https://news.usni.org/2022/08/05/mcmaster-taiwan-could-prove-difficult-for-china-to-invade

Semiconductors Emerge As Battleground In US-China Race
Meanwhile, the United States is also reportedly planning to ban the exports of U.S. chipmaking equipment that produces advanced NAND chips to major Chinese chipmakers, such as Yangtze Memory Technologies Corp (YMTC). YMTC is a state-owned company and China’s only storage NAND flash memory manufacturer competing with major U.S. manufacturers. Its global market share is about 5 percent. In a report released by the White House in June 2021, YMTC was identified as the “national champion” enterprise of the Chinese regime, having received $24 billion in subsidies from the Chinese government.
https://www.zerohedge.com/technology/semiconductors-emerge-battleground-us-china-race

Taiwan History, According To The Taiwanese Government
The ROC was founded in 1912 in China. At that time, Taiwan was under Japanese colonial rule as a result of the 1895 Treaty of Shimonoseki, by which the Qing ceded Taiwan to Japan. The ROC government began exercising jurisdiction over Taiwan in 1945 after Japan surrendered at the end of World War II. The ROC government relocated to Taiwan in 1949 while fighting a civil war with the Chinese Communist Party. Since then, the ROC has continued to exercise effective jurisdiction over the main island of Taiwan and a number of outlying islands, leaving Taiwan and China each under the rule of a different government. The authorities in Beijing have never exercised sovereignty over Taiwan or other islands administered by the ROC.
https://www.taiwan.gov.tw/content_3.php

History of Taiwan – Wikipedia
The history of the island of Taiwan dates back tens of thousands of years to the earliest known evidence of human habitation.[1][2] The sudden appearance of a culture based on agriculture around 3000 BC is believed to reflect the arrival of the ancestors of today’s Taiwanese indigenous peoples.[3] From the late 13th to early 17th centuries, Chinese people gradually came into contact with Taiwan and started settling there. Named Formosa by Portuguese explorers, the south of the island was colonized by the Dutch in the 17th century whilst the Spanish built a settlement in the north which lasted until 1642. These European settlements were followed by an influx of Hoklo people including Hakka immigrants from the Fujian and Guangdong areas of mainland China, across the Taiwan Strait.
https://en.wikipedia.org/wiki/History_of_Taiwan

Who Won the Taiwan War Games?
Pelosi’s visit to Taiwan was the triggering event that ignited the Chinese war games against Taiwan. But these air, naval and missile exercises were not planned in a day. They appear to have been prepared as a dress rehearsal for how China intends to go about bringing Taiwan home to the motherland, when President Xi Jinping decides the time is right.
https://buchanan.org/blog/who-won-the-taiwan-war-games-159567

Ray Dalio: China’s COLLAPSE Is FAR Worse Than You Think
Ray Dalio has studied the last 500 years of the rises & declines of empires, and their economic cycles. In this video, he goes into detail on China, its internal problems, the CCP (Chinese Communist Party), and the Taiwan issue.
https://www.youtube.com/watch?v=bE85DUQQ3Es

The Fallout Over Taiwan
More important is that China canceled several of the channels that were connecting China to the U.S., causing Washington to complain about their closure and thus making the administration appear to need them. This is no minor feat. Exports are the backbone of the Chinese economy. For all the tension between the United States and China, the United States purchases over 17 percent of Chinese exports, making it the largest purchaser of Chinese goods. China is going through a significant economic crisis, one that is accompanied by increasingly aggressive actions against officials who don’t toe the line, and it is enduring increasingly difficult efforts to find other customers. President Xi Jinping is facing questions about his stewardship, the future of which may be revealed at the all-important Party Congress in November.
https://geopoliticalfutures.com/the-fallout-over-taiwan/

‘We’re not going to take the bait:’ DoD downplays China escalation around Taiwan
“Clearly, the PRC is trying to coerce Taiwan. Clearly, they’re trying to coerce the international community. And all I’ll say is, we’re not going to take the bait and it’s not going to work,” Colin Kahl, undersecretary of defense for policy, told reporters today. “It’s a manufactured crisis, but that doesn’t mean we have to play into that. I think it would only play to Beijing’s advantage. What we’ll do instead, is to continue to fly, to sail and to operate wherever international law allows us to do so and that includes in the Taiwan Strait, and we will continue to stand by our allies and partners in the region.”
https://breakingdefense.com/2022/08/were-not-going-to-take-the-bait-dod-downplays-china-escalation-around-taiwan/

China extends military exercises around Taiwan into a fifth day
“China has overreacted to the Pelosi visit and reinforced concerns about its regional ambitions, Kingston told Stars and Stripes in an email Monday. “Ironically, Pelosi seems to have greater influence over China than among Americans. Her gesture was provocative but could have been brushed off as of no great consequence.”
https://www.stripes.com/theaters/asia_pacific/2022-08-08/taiwan-china-military-exercise-pelosi-6915287.html

Taiwan Holds Own Live Fire Drills, Warns That China Prepping Future Invasion
The PLA on Monday said it focused on joint anti-submarine and sea assault operations, while on Tuesday a spokesperson reaffirmed it plans to continue the drills in waters and airspace around Taiwan, with a focus on “blockades and resupply logistics.”
https://www.zerohedge.com/geopolitical/taiwan-holds-own-live-fire-drills-warns-china-prepping-future-invasion