Are There Chinese Police Stations In The US? 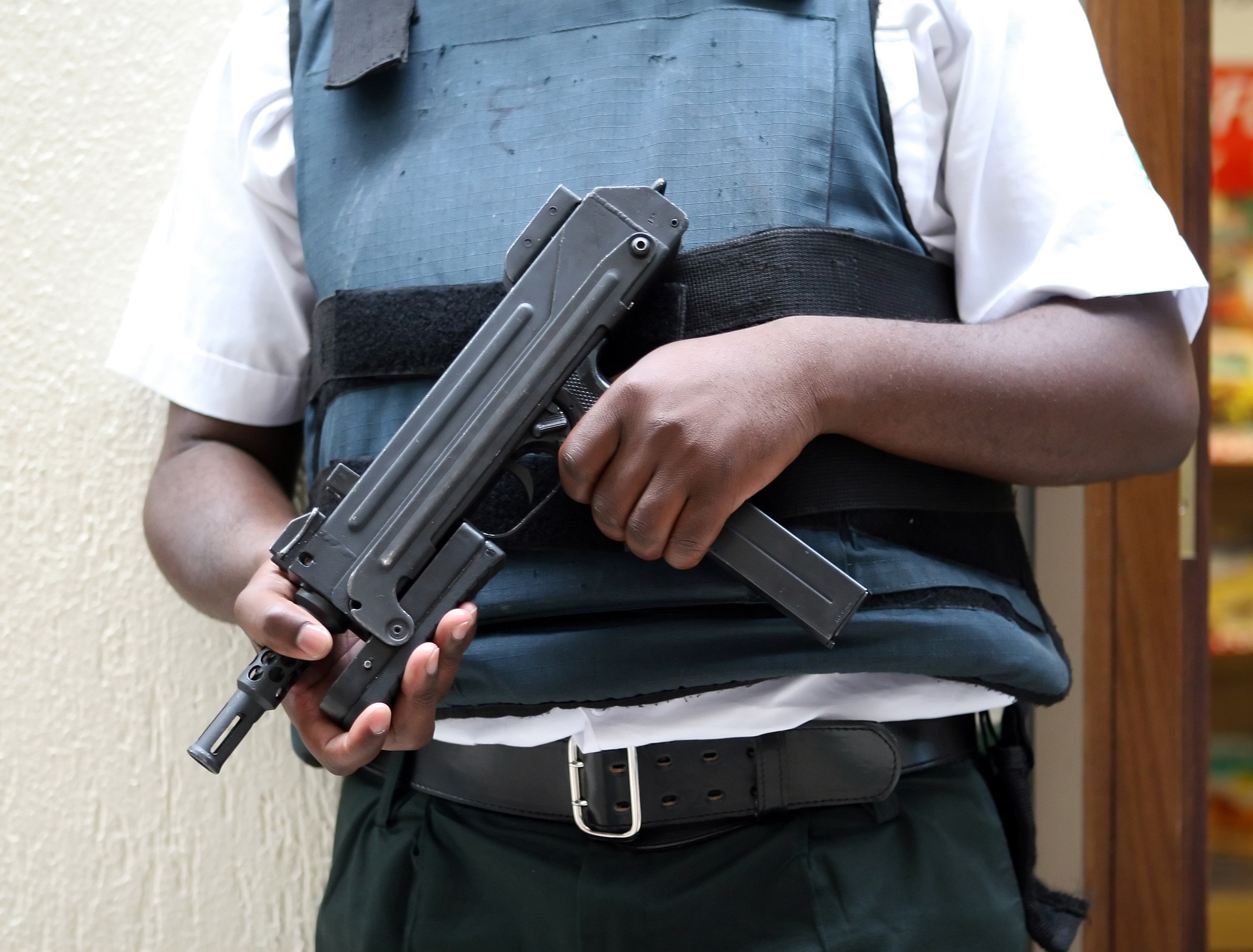 Whistleblower: China Conducts Police Surveillance in U.S. and Canada to Monitor Chinese Citizens
Safeguard Defenders, a human rights organization, has discovered these clandestine operations, three of which operate in Toronto and one in New York City, by the Chinese that make a mockery of national sovereignty in U.S. and Canada and put the civil liberties of those countries’ residents in severe jeopardy.
https://bigleaguepolitics.com/whistleblower-china-conducts-police-surveillance-in-u-s-and-canada-to-monitor-chinese-citizens/

China has ‘police stations’ in U.S. to spy on nationals
Published in September with the title “110 Overseas: Chinese Transnational Policing Gone Wild,” the report found that 30 Chinese surveillance stations were established in 25 cities across 21 countries at the beginning of 2022. Since then, another 22 stations have been set up in 22 new cities in 17 countries.
https://www.wnd.com/2022/10/china-police-stations-u-s-spy-nationals/

China has opened police stations in US and Canada to monitor Chinese citizens: Report
The report details how China has attempted to “combat the growing issue of fraud and telecommunication fraud by Chinese nationals living abroad,” running operations that have resulted in 230,000 Chinese nationals being “persuaded to return” to China “voluntarily” over the last year to face criminal prosecution.
https://nypost.com/2022/09/30/china-has-opened-police-stations-in-us-and-canada-to-monitor-chinese-citizens-report/

Chinese Launch Assault Craft from Civilian Car Ferries in Mass Amphibious Invasion Drill, Satellite Photos Show
The PLAN brought amphibious landing craft to a Chinese beach near the Taiwan Strait, according to Aug. 31 satellite imagery reviewed by USNI News. Offshore, the PLAN arrayed several large civilian ferries and warships. The PLA landing craft left the beach, swam to the car ferries and loaded amphibious assault craft aboard at sea via a specially-constructed ramp. The landing craft then left the ferries and returned to their starting point.
https://news.usni.org/2022/09/28/chinese-launch-assault-craft-from-civilian-car-ferries-in-mass-amphibious-invasion-drill-satellite-photos-show

China’s Strategy and Activities in the Arctic
The authors assess how some of these activities could also arise in the Arctic—a region whose physical, political, economic, and social characteristics set it apart, in many ways, from the rest of the world. They advance five recommendations that the U.S. government—particularly the U.S. Department of Defense—in collaboration with international partners and indigenous populations could take to maintain and reinforce current factors of Arctic resilience and mitigate undesirable Chinese involvement in the region.
https://www.rand.org/pubs/research_reports/RRA1282-1.html

Senators propose China ‘Grand Strategy’ commission to guide US policy
A bipartisan group of 15 senators is seeking to create a commission tasked with formulating a “grand strategy” on China that avoids conflict with the world’s most populous nation while allowing the U.S. to pursue its interests.
https://www.defensenews.com/congress/2022/09/30/senators-propose-china-grand-strategy-commission-to-guide-us-policy/

Think Putin is a global threat? Then we need to talk about Xi Jinping
Gone are the restraints of collective leadership as practised by predecessors Hu Jintao and Jiang Zemin. Gone too is the commitment to market reforms and openness championed by Deng Xiaoping. And also abandoned is Deng’s guiding principle of China’s steady, peaceful rise.
https://www.theguardian.com/commentisfree/2022/oct/02/think-putin-is-a-global-threat-then-we-need-to-talk-about-xi-jinping

Peter Zeihan Explains: There Is No Turning Back Now The End Of China Has Begun & They Know It
https://www.youtube.com/watch?v=_FLGIg7DDb8

What Marcos Jr promised to America
Marcos Jr’s new strategic orientation is music to the ears of Washington, which views the Philippines as a critical partner in dealing with simmering conflicts over Taiwan and in the South China Sea. For his part, the new Filipino president is eager to rehabilitate his family’s notorious past as well as “reintroduce” his country as a vital and dynamic player in the Indo-Pacific.
https://asiatimes.com/2022/09/what-marcos-jr-promised-to-america/

Biden’s ‘woke’ green energy is a joke that makes us dependent on China
If there is any hope, it’s that voters are rejecting woke green goals. Already this has occurred in Sweden and Italy, where voters threw out left-wing governments in part out of a rebuke of the policies that created the energy crisis. And Britain’s new Prime Minister, Liz Truss, announced that she would lift a ban on fracking, approve new oil and gas drilling in the North Sea and launch “Great British Nuclear” to generate 25% of Britain’s electricity from nuclear power by 2050.
https://nypost.com/2022/10/01/bidens-woke-green-energy-makes-us-dependent-on-china/

Why China’s economy is worse than you think (the three “Ds”)
The first part of this has everything to do with debt, much of which is a result of the global health crisis of the last few years. The second is the nation’s strict lockdowns that are still continuing. But the last part is a massive drought, which threatens China’s economy even worse.
https://www.youtube.com/watch?v=cf53Qd2wzQI

As Soviet and German attacked the post-Versailles order, Russia and China today seek to topple U.S. hegemony.
Samarkand is once again the symbol of a rapidly changing world. The Shanghai Cooperation Organization (SCO) held its annual summit on September 15-16 in the Central Asian city. That meeting’s developments can be summarized as follows: Russia and China, two unnatural allies, are committed to a reconfiguration of the current system of international relations. The partnership will serve as the fulcrum of a geopolitical counterweight to the U.S.-led transatlantic alliance.
https://www.theamericanconservative.com/history-repeating-itself-in-russia/

National Cyber Power Index 2022
The problems that confront today’s leaders are substantial and diverse: how to protect a nation’s most critical infrastructure from cyberattack; how to organize, train, and equip a military force
to prevail in the event of future conflict in cyberspace; how to deter nation-state
and terrorist adversaries from conducting attacks in cyberspace; how to control
escalation in the event of a conflict in cyberspace; and how to leverage legal
and policy instruments to reduce the national attack surface without stifling
innovation.
https://www.belfercenter.org/sites/default/files/files/publication/CyberProject_National%20Cyber%20Power%20Index%202022_v3_220922.pdf

This campaign, which started on a humble scale in 2018, has developed alongside the establishment of overseas Chinese police “service stations”, sometimes called “110 Overseas” after the national police emergency phone number, now found in dozens of countries across five continents. This investigation looks into these two related and recent developments, especially in view of the expansion of other forms of long-arm policing and transnational repression by the PRC.