Have The Elections In China And The US Changed Our Relationship? 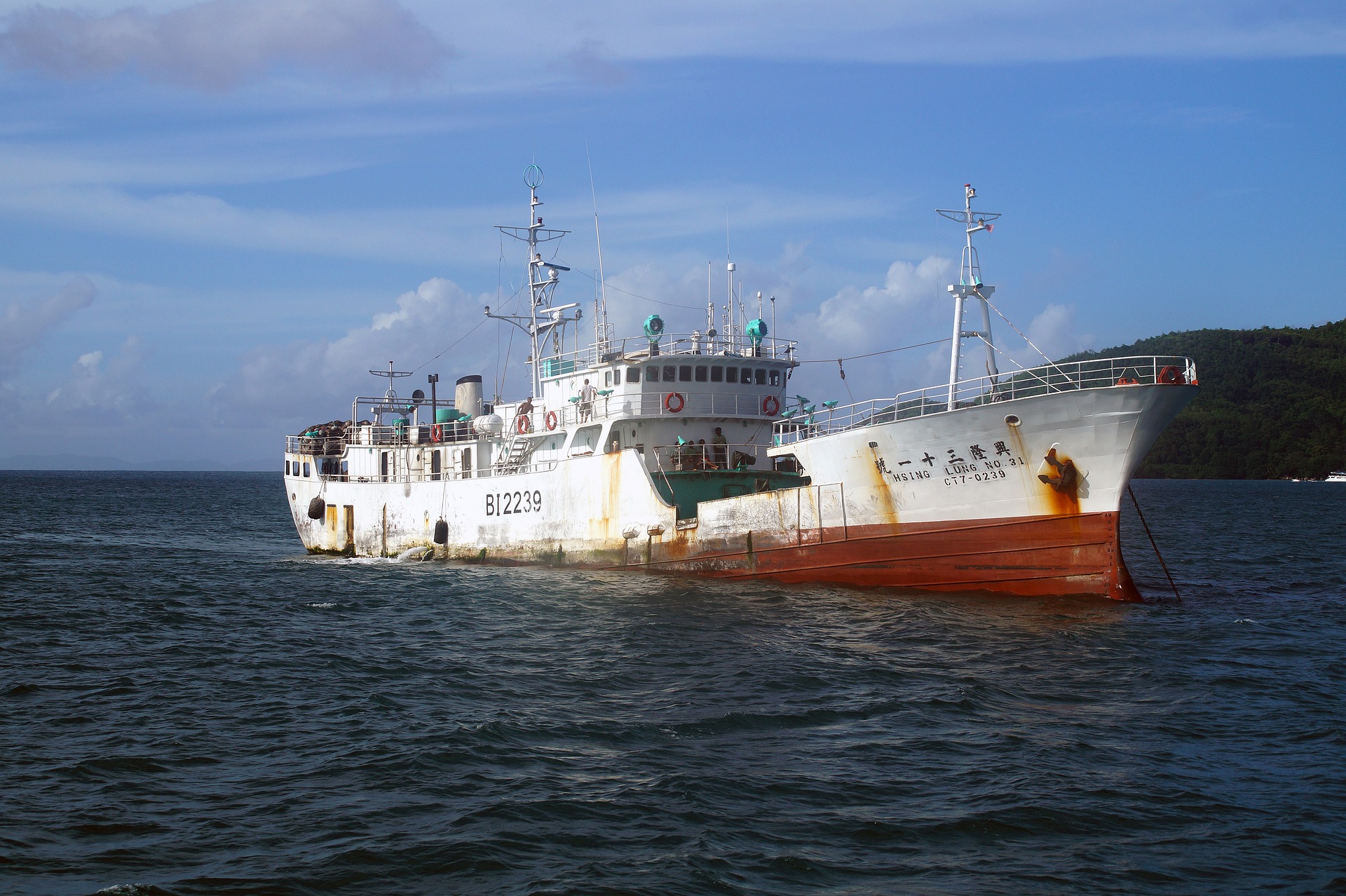 US Space Force data reveals Chinese mystery plane released object in orbit
China launched its experimental reusable rocket on Aug. 4 and kept it in orbit for 90 days. U.S. officials revealed that space tracking data identified a second object in a similar orbit to the Chinese craft — the nature of which remains unknown.
https://www.foxnews.com/us/us-space-force-data-reveals-chinese-mystery-plane-released-object-orbit

A Space Pearl Harbor
A covert Chinese unmanned mini-space shuttle that was launched into orbit on August 4 “ejected something” at the end of October, according to a report published on Halloween. According to Jonathan McDowell of the Harvard-Smithsonian Center for Astrophysics, the unknown object “may be a service module, possibly indicating an upcoming deorbit burn.”  Or maybe not. Given what’s going on globally, the U.S. military should be concerned that whatever object the Chinese spaceplane put into orbit is more than just a “small satellite for monitoring the space plane” as it returns to Earth. Perhaps, rather than being an observation satellite, the smaller object is a co-orbital satellite designed to tailgate U.S. satellites and latch onto sensitive American systems to sabotage or destroy them.
https://amgreatness.com/2022/11/07/china-and-russia-plot-a-space-pearl-harbor/

Not showing up to Climate Talks
Chinese President Xi Jinping and Indian Prime Minister Narendra Modi will not attend the COP27 United Nations Climate Conference, even though their nations are two of the world’s top three carbon emitters. Although China is responsible for more pollution than all other developed nations combined, Xi Jinping is not scheduled to attend the conference, which began Sunday in Egypt, according to Reuters. More than 100 heads of state are expected to attend COP27 before the conference officially ends on Nov. 18; however, no representatives from India, the world’s third-largest carbon emitter, are currently scheduled to attend the climate summit.
https://www.wnd.com/2022/11/worlds-top-co2-emitters-snubbing-u-n-climate-summit/

China deploys 100s of fishing boats to Spratly Islands as challenge to Philippines, allies
Earlier this week it was reported that hundreds of Chinese fishing vessels, possibly as many as 300, had swarmed territory around several features of the Spratly Island chain. A spokesperson for the Duterte administration declared on Wednesday, April 10“They have no business being there,” and demanded the vessels leave the area.
https://www.taiwannews.com.tw/en/news/3679086

China’s ‘Fortresses of Warfare’: COSCO Ships Spread CCP Reach Globally
China’s main shipping company COSCO is one of the biggest shipping companies on the planet. While it looks like a regular Chinese company on the outside, it’s a branch of the Chinese Communist Party on the inside. In this episode of China Uncensored, we look at COSCO’s global reach, how the CCP could use the data COSCO collects on shipping to its advantage, and how COSCO ships could be weaponized in a time of war.
https://www.youtube.com/watch?v=HYH7u43GW04

The Truth About China in Africa
https://www.youtube.com/watch?v=7gwgcIfzttA

Why China’s Marriage Crisis Is An Existential Threat To The Country
In China, a hyper-traditional society, having a child out of wedlock is still frowned upon. Childbearing and childrearing are synonymous with marriage. Last year, the communist nation saw marriage rates hit a 35-year low. The sharp drop in marital vows comes at the same time China faces an impending demographic crisis. 2021 saw 7.6 million marriage registrations, the fewest since 1986. With falling birth rates and a rapidly aging population, China faces problems that are very much existential in nature.
https://www.zerohedge.com/geopolitical/why-chinas-marriage-crisis-existential-threat-country

They GREENED CHINA’S DESERT And It’s WORKING
This “new” Great Wall of China isn’t built with stones, mortar, and sand, but instead with trees. The enemy they are defending themselves from now, though, is desertification. A report shows that dry lands, including desert, cover over 40% of the Earth’s total land area. China has been worrying about their desert expansion problem since the 1970’s, now, they are taking charge by helping reforest the Gobi Desert.
https://www.youtube.com/watch?v=t9wRhvlw2dk

The World Is Racing To Break China’s Rare Earth Dominance
China boasts extensive rare earth reserves. As the world increases its demand for such products, China managed to develope a powerful monopoly on the global market. So, to prevent China from wielding too much geopolitical power in rare earth trading, it’s becoming crucial to find alternative sources.
https://oilprice.com/Energy/Energy-General/The-World-Is-Racing-To-Break-Chinas-Rare-Earth-Dominance.html

Biden’s China deals
The man who says he was vetted by Joe Biden himself when the family hired him to help craft a deal with an energy firm controlled by the Chinese Communist Party is prepared to testify to Congress with never-before-seen evidence. Tony Bobulinski, according to sources who spoke to DailyMail.com, says he has thousands of recordings, messages, photos and emails related to the deal with CEFC China Energy that could expose alleged criminal activity by the Bidens.
https://www.wnd.com/2022/11/new-evidence-ex-partner-expose-biden-familys-china-deals/

Taiwan to invest 10 mln euros towards chip production in Lithuania
Taiwan, the world’s biggest supplier of semiconductors, will invest more than 10 million euros ($9.98 million) towards chip production in Lithuania, the head of the Taiwanese representative office in Vilnius said on Monday.
https://www.reuters.com/technology/taiwan-invest-10-mln-euros-towards-chip-production-lithuania-2022-11-07/

Chinese Business people complain that ‘dictator’ Xi Jinping is dropping China ‘into an abyss’
Business leaders in China can see the writing on the wall. Last month Xi Jinping secured his third 5-year term as president, making him the most powerful Chinese leader since Mao. And like Mao, Xi is more interested in top-down control and communist ideology than he is in market-driven prosperity. Chinese business executives who had gotten used to being relatively free to make money are now confronted with a leader who disappears billionaires who step out of line. It is dawning on some of them that, given Xi’s consolidation of power, it could be quite a while before the situation improves.
https://freerepublic.com/focus/f-news/4107149/posts

US says it wants to get defence talks with China ‘back on track’
“Since the elevated and aggressive actions of the Chinese military around Taiwan started in August, we have not had the military-to-military communication that we believe can help create more stability and reduce the risk of misunderstanding,” National Security Adviser Jake Sullivan said. “We hope to get that back on track.”
https://www.scmp.com/news/china/article/3198800/us-says-it-wants-get-defence-talks-china-back-track

How The U.S. Navy Can Compete With China In The Gray-Zone
They can either stand idle, and let China make good its claim to state ownership of the South China Sea in defiance of the law of the sea. Or they can open fire, and bear the blame for aggression. Friends of maritime law need some recourse short of blazing away with guns or missiles. Hence the search for “intermediate force capabilities” between passive acquiescence and hot war.
https://www.19fortyfive.com/2022/11/how-the-u-s-navy-can-compete-with-china-in-the-gray-zone/