Is Joint Chiefs Chairman General Mark Milley A Hero Or A Traitor? 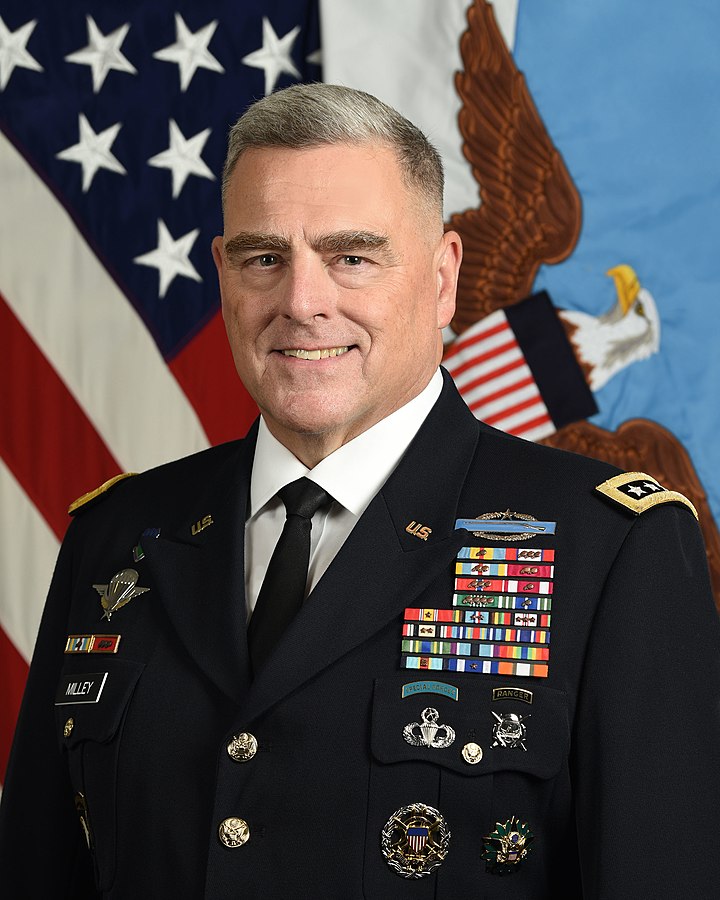 Dear supporters of China Uber Alles, we are happy to announce we will be changing our name to China Watch Radio/ ChinaWatchRadio.com. We’ve chosen a name that will cause less confusion and be easier to spell. While you can start directing friends and family to ChinaWatchRadio.com now, we thank you for your patience as it will take us a few days to rebrand or various pages and channels.

Amy’s friend Steven will join us in the first hour to discuss the persecution of Christians in China and issuing regarding religious freedom.

General Paul Vallely will join us in the second hour to discuss the recent revelations coming from the book “Peril” by Bob Woodward and Robert Costa, that describe a phone call between Joint Chiefs Chairman General Mark Milley and General Li Zuocheng of the People’s Liberation Army, in which Milley is alleged to have said, “General Li, you and I have known each other for five years. If we’re going to attack, I’m going to call you ahead of time. It’s not going to be a surprise.” Was General Milley acting withing his station to mitigate a potentially dangerous situation or breaking the chain of command, by going behind the back of a sitting president? Was his assertion that he’d “call (General Li Zuocheng) ahead of time” friendly banter between two counterparts or an act of treason?

Inside the crisis surrounding Joint Chiefs Chairman Mark Milley
“Newly released excerpts from “Peril” by Bob Woodward and Robert Costa – detailing secret moves by the nation’s highest-ranking military officers to manage national security risks that he perceived Donald Trump posed in the final days of his presidency – are driving questions about whether Milley went too far.”
https://news.yahoo.com/inside-crisis-surrounding-joint-chiefs-093054770.html

General Paul Vallely
“Paul E. Vallely, Major General, US Army (ret) was born in DuBois, Pa. He retired in 1991 from the US Army as Deputy Commanding General, US Army, Pacific in Honolulu, Hawaii. General Vallely graduated from the US Military Academy at West Point and was commissioned in the Army in 1961 serving a distinguishing career of 32 years in the Army.”https://standupamericaus.org/about-sua/general-vallely/

Mark Milley
“According to Axios, in mid-2020 Pentagon officials “grew concerned about intelligence they’d seen. It showed the Chinese were consuming their own intelligence that had made them concerned about the possibility of a surprise U.S. strike against China.” Axios reported one anonymous source as stating the Chinese military was getting “a combination of ‘wag the dog’ conspiracy thinking and bad intel from bad sources.” Due to this concern, then Defense Secretary Mark Esper directed his office to reassure China that there was no intention of seeking a confrontation. Backchannel communications with China began with officials under Esper in October, followed by Milley later that month. In Woodward and Costa’s book Peril, the authors characterized as “secret” Milley’s October call to his counterpart in China, General Li Zuocheng of the People’s Liberation Army, though two Pentagon officials disputed that characterization.[84] Milley told the Chinese general, “General Li, you and I have known each other for five years. If we’re going to attack, I’m going to call you ahead of time. It’s not going to be a surprise.” Woodward and Costa also characterized a January 8 Milley call as “secret,” though then-acting secretary of defense Christopher Miller later said he believed Milley had asked him permission to make the call, an account corroborated by an anonymous former senior Pentagon official|
https://en.wikipedia.org/wiki/Mark_Milley

In China’s elite circles, thousand-dollar soups, luxury watches and detention roulette
“A Chinese businessman is offering a rare peek into the luxe lifestyles of former premier Wen Jiabao’s family and other Chinese elites, eliciting an unsettling phone call from his ex-wife who disappeared into detention years ago.”
https://www.washingtonpost.com/world/asia_pacific/china-book-corruption-elite/2021/09/09/3a7e405e-1050-11ec-baca-86b144fc8a2d_story.html

Big Multinational Companies Moving Out Of China
“As the US-China trade war rumbles on and relations between other liberal democracies and Beijing deteriorate due to everything from intellectual property (IP) theft to human rights violations in Xinjiang and the eroding away of Hong Kong’s autonomy, many globally-renowned companies are deserting China. In fact, research firm Gartner revealed last year that a third of supply chain leaders had plans to move at least some of their manufacturing out of China before 2023. Coronavirus-related sales slumps and supply chain disruption, as well as rising production costs, have also hastened the exodus. Click or scroll through the gallery for 29 world-famous firms partially or completely pulling out of the People’s Republic.”
https://www.lovemoney.com/galleries/amp/98705/big-multinational-companies-moving-out-of-china

China’s ambassador Zheng Zeguang banned from UK Parliament
“The ban, which was first reported by the Daily Telegraph, comes at a time when tensions between the two governments are high. In March, China imposed travel bans and asset freezes on five MPs and two peers whom it accused of spreading lies about the country. This was in response to the UK’s decision to impose its first sanctions against Chinese officials for human rights abuses in Xinjiang.”
https://www.bbc.com/news/uk-politics-58556460.amp

Evergrande: Shares in cash-strapped China property giant plunge
“Shares in the highly-indebted Chinese property giant Evergrande have plunged after it outlined the extent of its financial problems. The firm said it is struggling to sell assets fast enough to service its massive $305bn (£220bn) of debts. A statement issued by the company also said that its cashflow was under “tremendous pressure”. The announcement came just hours after angry protesters besieged the company’s headquarters in Shenzhen on Monday.”
https://www.bbc.com/news/business-58540939

China’s Hunt for Dissidents Has Gone Global
“For years, China has purported to be a new type of great power: one that rises peacefully and respects the rights of other states rather than chasing the foreign domination of empires past. “China will never seek hegemony, expansion or a sphere of influence,” President Xi Jinping said in April. Yet many of Beijing’s policies have a distinctly imperial feel. A case in point is a wide-ranging effort to give Chinese law enforcement global reach, and thereby hound the regime’s enemies wherever they may go.”
https://www.bloomberg.com/opinion/articles/2021-09-12/china-s-operation-fox-hunt-for-dissidents-includes-u-s-and-europe

US Coast Guard spots Chinese warships off Alaska
“Four Chinese warships, including one of itsmost advanced destroyers, were spotted sailing in the waters off Alaska late last month as the Chinese navy steadily expands its range, according to photos posted on a Pentagon information service.
The photos taken by the US Coast Guard showed the four Chinese naval vessels shadowed by two US Coast Guard cutters in international waters within the US’ exclusive economic zone in the Aleutian Islands on August 29 and August 30, according to the Defense Visual Information Distribution Service.”
https://www.scmp.com/news/china/military/article/3148725/us-coast-guard-spots-chinese-warships-alaska

SECRET DOCUMENTS Reveal Coronavirus Mysteries
“Just when you thought the coverup of the origins of the coronavirus couldn’t get any shadier, it just did. Documents obtained by the online American news site The Intercept give damning information about the National Institutes of Health, the US taxpayer-funded health organization EcoHealth Alliance, and the journal Nature Medicine.  Watch this episode of China Uncensored for more on the secret documents that reveal some of the mysteries about the coronavirus.”
https://www.youtube.com/watch?v=WKKxPefQ520

Wall Street’s hottest investor is cooling on China
“Cathie Wood, the CEO of Ark Invest, is reportedly slashing her exposure to China, and switching to stocks that are in Beijing’s good books. The Wall Street superstar revealed Thursday that her fund has significantly reduced its exposure to China amid sweeping regulatory changes that have made the investment environment riskier, according to a Financial Times report. “We have not eliminated our positions but we have reduced our positioning in China dramatically and we have swapped some of our holders, which became losers, into companies that we know are courting the government with ‘common prosperity’,” Wood was quoted as saying.”https://www.cnn.com/2021/09/09/investing/cathie-wood-ark-china/index.html