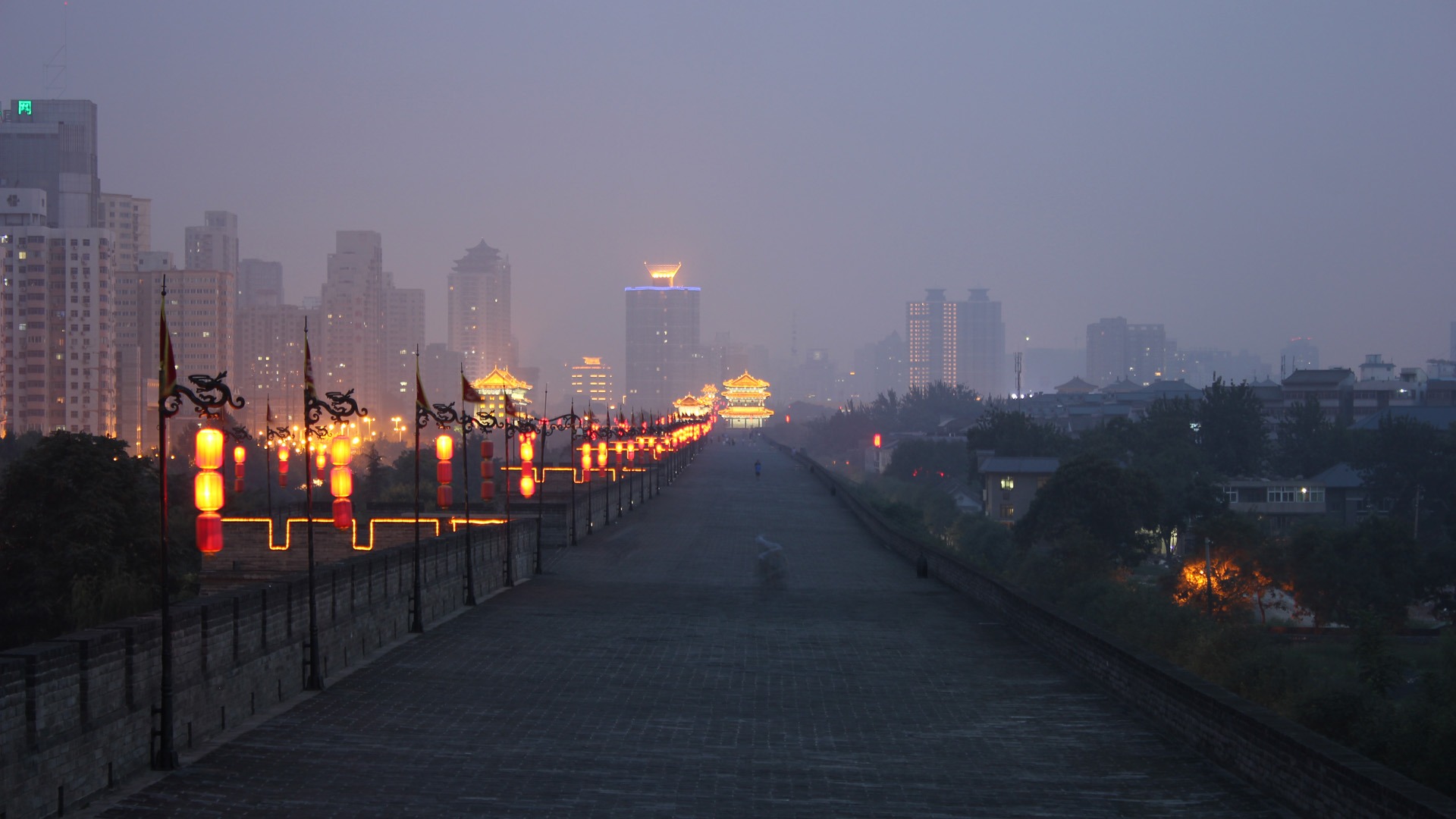 Xi Calls For “Rational” US Policy, Lays Out ‘Red Lines’ In 3.5-Hour “Respectful” Summit With Biden
Lasting far past Biden’s bedtime Monday evening, his much anticipated virtual summit with Chinese leader Xi Jinping lasted more than three-and-a-half hours and was widely described as mutually “respectful” as both vowed to “find the right way to get along”. Though both sides agreed they weren’t looking for specific outcomes to the meeting, each subsequently appeared to be in agreement that the conversation was candid and “effective in improving mutual understanding” – as the Chinese side put in. Both agreed on the need for “guardrails” to avoid open conflict, specifically described as “common-sense guardrails to ensure that competition does not veer into conflict and to keep lines of communication open,” according to President Biden’s remarks.
https://www.zerohedge.com/political/xi-calls-rational-us-policy-lays-out-red-lines-35-hour-respectful-summit-biden

How American leaders failed to help workers survive the ‘China Shock’
Autor, Dorn and Hanson’s first peer-reviewed papers from their China Shock saga were published in 2013. The economists found that between 1990 and 2007, trade with China killed about 1.5 million American manufacturing jobs, or about a quarter of all manufacturing jobs lost during that period. But what was even more startling: These losses were heavily concentrated in small- and medium-size communities dotting America’s heartland — and workers who lost their jobs in those areas struggled to find other work. The China Shock created what looked like miniature Great Depressions in these places.
https://www.npr.org/sections/money/2021/11/02/1050999300/how-american-leaders-failed-to-help-workers-survive-the-china-shock

What Xi Jinping’s Elevated Status Signals for Chinese Foreign Policy
This year’s plenum adopted a resolution on history that essentially justifies a third term for Xi. The justification, according to a communiqué issued by the state-run Xinhua news agency, is that China is facing “worldwide changes of a scale unseen in a century” and thus needs a strong leader to see it through. The communiqué also says that Xi is now officially the founder of a third era of Communist Chinese history.
https://www.cfr.org/in-brief/what-xi-jinpings-elevated-status-signals-chinese-foreign-policy

Japan and Germany align on an Indo-Pacific strategy
Security cooperation between European and Asian allies of the United States has been expanding for the last several years, but Germany is not among the usual players in this regard as it is not actively engaged in the geopolitics of the Indo-Pacific region, unlike the United Kingdom or France. That said, however, the world needs to pay attention to the security arrangements being made between Japan and Germany and their Indo-Pacific strategies for several reasons.
https://www.japantimes.co.jp/opinion/2021/11/15/commentary/japan-commentary/japan-germany-indo-pacific-ties/

AMERICAN ENTERPRISE INSTITUTE: China’s Growth Spurt Ends. What’s Next?
The time of outperforming Chinese growth is coming  to  an  end.  There  will  be  a  temporary  growth  surge whenever the global economy can put COVID-19  in  the  rearview  mirror  and,  of  course,  the  Communist  Party  can  announce  whatever  it pleases whenever it pleases. But advocates for Chinese economic policies have lost the long-standing debate over whether the country will get old before it gets rich. The most likely answer for when the People’s Republic of China (PRC) will be truly rich is “not while any of us are alive.”
https://www.aei.org/wp-content/uploads/2021/11/China%E2%80%99s-Growth-Spurt-Ends.pdf

Fears over China’s involvement in Kiribati’s ditching of marine reserve
The Kiribati Government has decided to open up one of the world’s largest marine reserves to commercial fishing and de-register it as a World Heritage site.
https://www.1news.co.nz/2021/11/11/fears-over-chinas-involvement-in-kiribatis-ditching-of-marine-reserve/

China’s Search for Allies – Is Beijing Building a Rival Alliance System?
China has avoided building a traditional network of allies thus far for reasons ranging from long-standing ideological inclinations to hardheaded strategic calculations. Since the early days of the People’s Republic, Beijing has sought to portray itself as a leader of the developing world and a proponent of Non-Aligned Movement principles of noninterference and anti-imperialism. In more recent years, Chinese leaders have begun to insist that they practice a “new type of international relations,” eschewing traditional power politics in favor of “win-win cooperation.” Such language is meant to bolster the narrative that China’s rise should not be feared but be welcomed as a boon for global development and prosperity—and to distinguish Beijing from Washington, which Chinese leaders frequently criticize for maintaining an outdated “Cold War mentality.”
https://www.foreignaffairs.com/articles/china/2021-11-15/chinas-search-allies

Concerns grow for Chinese tennis star who accused ex-vice-premier of assault
A growing movement including Chinese feminist groups and international tennis stars is raising concern over the whereabouts of the former Chinese doubles pro Peng Shuai after she accused a senior government figure of sexual assault.
https://www.theguardian.com/world/2021/nov/15/concern-growing-chinese-tennis-star-accused-china-official-assault-peng-shuai

We must stand with Taiwan – Chinese ‘democracy’ is a joke
Having previously informed the world that freedom, democracy and human rights are not universal values, Xi Jinping’s regime now insists that democracy ‘with Chinese characteristics’ contains none of the principles that constitute it. This should be the final confirmation, if still required, that the CCP is a totalitarian regime dedicated to preserving its own existence, rather than the dignity and freedom of the Chinese people.
https://www.spectator.com.au/2021/11/we-must-stand-with-taiwan/

Opinion: Biden administration soon to announce diplomatic boycott of the Beijing Olympics
With the Beijing Winter Olympics just three months away, the Biden administration will soon have to make clear whether it plans to send an official delegation to China. But sooner rather than later, according to several sources familiar with the plans, the White House is expected to announce that neither President Biden nor any other U.S. government officials will attend the Beijing Games. This diplomatic boycott is intended, the sources say, as a way to respond to the Chinese government’s human rights abuses without impacting U.S. athletes.
https://www.washingtonpost.com/opinions/2021/11/16/beijing-olympics-2022-biden-partial-boycott/

China urges developed countries to take the lead in cutting out coal
On Monday Beijing kicked the ball back to developed nations. Zhao Lijian, a spokesperson at China’s foreign ministry, said that before asking all countries to stop using coal, developed countries should remember how far many developing countries need to travel in order to find sustainable ways to provide electricity for their citizens. “We encourage developed countries to take the lead in stopping using coal while providing ample funding, technological and capacity-building support for developing countries’ energy transition. We need concrete actions more than slogans.”
https://www.theguardian.com/world/2021/nov/15/china-urges-developed-countries-to-take-the-lead-in-cutting-out-coal

Bush Family Scion Sponsors Event With Blacklisted Chinese Company
Neil Bush, the son of President George H.W. Bush, is a cosponsor of the International Symposium on the Peaceful Use of Space Technology that begins Nov. 18 in Beijing. Three co-chairmen of the forum are executives with the China Aerospace Science and Technology Corporation (CASC), a state-controlled contractor that builds China’s military and space equipment. A subsidiary of CASC reportedly developed a hypersonic missile that the Chinese military tested in August. American officials called the nuclear-capable missile a “national security crisis” because of its ability to evade detection.
https://freebeacon.com/national-security/bush-family-scion-sponsors-event-with-blacklisted-chinese-company/