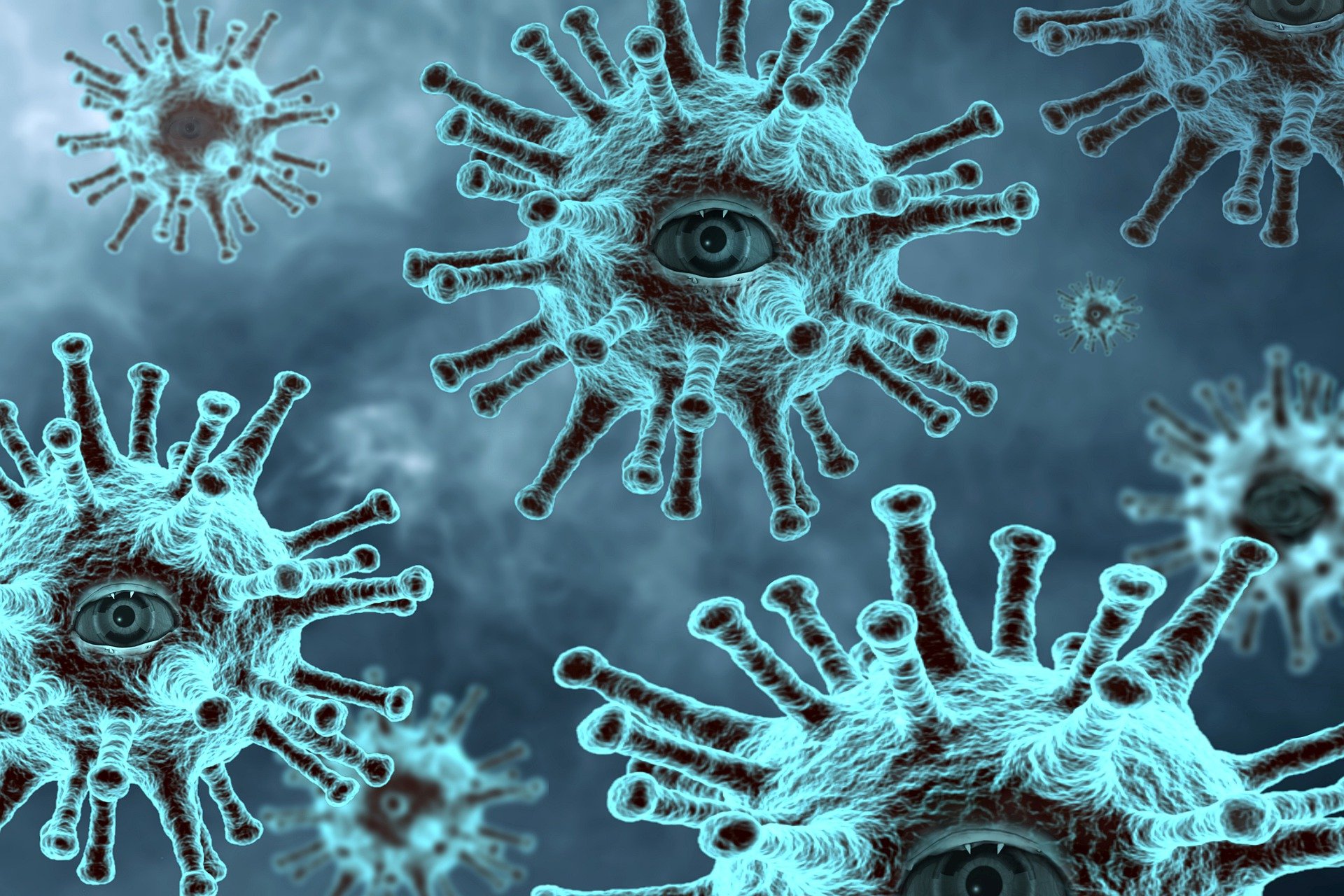 Is COVID-19 a Bioweapon? Here’s What Chinese Whistleblower Dr. Li-Meng Yan Told Dr. Anthony Fauci in Email
COVID-19 is an “unrestricted bioweapon” that slipped from a Wuhan facility. This claim was according to a Chinese virologist who fled to the United States after claiming that China covered up the coronavirus epidemic. Dr. Li Meng-Yan, a whistleblower, claims that a trove of Dr. Anthony Fauci’s emails backs up her assertions. In an interview with Newsmax, the Chinese whistleblower said she had emailed Dr. Anthony Fauci about her theory and “discovery.”
https://www.sciencetimes.com/articles/31562/20210606/is-covid-19-a-bioweapon-heres-what-chinese-whistleblower-dr-li-meng-yan-told-dr-anthony-fauci-in-email.htm

Unusual Features of the SARS-CoV-2 Genome Suggesting Sophisticated Laboratory Modification Rather Than Natural Evolution and Delineation of Its Probable Synthetic Route
The COVID-19 pandemic caused by the novel coronavirus SARS-CoV-2 has led to over 910,000 deaths worldwide and unprecedented decimation of the global economy. Despite its tremendous impact, the origin of SARS-CoV-2 has remained mysterious and controversial. The natural origin theory, although widely accepted, lacks substantial support. The alternative theory that the virus may have come from a research laboratory is, however, strictly censored on peer-reviewed scientific journals. Nonetheless, SARS-CoV-2 shows biological characteristics that are inconsistent with a naturally occurring, zoonotic virus. In this report, we describe the genomic, structural, medical, and literature evidence, which, when considered together, strongly contradicts the natural origin theory. The evidence shows that SARS-CoV-2 should be a laboratory product created by using bat coronaviruses ZC45 and/or ZXC21 as a template and/or backbone.
https://zenodo.org/record/4028830

Pro-PRC Influence Campaign Expands to Dozens of Social Media Platforms, Websites, and Forums in at Least Seven Languages, Attempted to Physically Mobilize Protesters in the U.S.
In June 2019, Mandiant Threat Intelligence first reported to customers a pro-People’s Republic of China (PRC) network of hundreds of inauthentic accounts on Twitter, Facebook, and YouTube, that was at that time primarily focused on discrediting pro-democracy protests in Hong Kong. Since then, the broader activity set has rapidly expanded in size and scope and received widespread public attention following Twitter’s takedown of related accounts in August 2019. Numerous other researchers have published investigations into various aspects of this activity set, including Google’s Threat Analysis Group, Graphika, the Australian Strategic Policy Institute, the Stanford Internet Observatory and the Hoover Institution, and the Centre for Information Resilience.
https://www.mandiant.com/resources/pro-prc-influence-campaign-expands-dozens-social-media-platforms-websites-and-forums

How China Is Trying to Turn the U.S. against Itself
As Congress advances a set of bills to protect against Beijing’s efforts to subvert American democracy, China is using our system of government to block and tackle. On November 12, Reuters reported that Chinese officials have been pressuring American companies, executives, and trade groups to lobby against the legislation, threatening to reduce their share of the Chinese market if the bills pass. Unfortunately, such attempts to turn the U.S. system of government against itself are not new, or unusual. And they take place at the subnational as well as national levels.
https://www.nationalreview.com/2021/11/how-china-is-trying-to-turn-the-u-s-against-itself/

Zhang Gaoli: official accused by Peng Shuai remains out of public eye
The now-retired official has not been seen in public since Peng’s claims, and has not offered a reply or responded to media inquiries. The Chinese government has not commented except for the ministry of foreign affairs condemning “malicious hyping”. Zhang’s name is not completely censored on social media like Peng’s, but there are no recent posts about him, suggesting potential deletions. No comments are allowed on any historical post about him.
https://www.theguardian.com/sport/2021/nov/26/where-is-zhang-gaoli-official-accused-by-peng-shuai-remains-out-of-public-eye

‘Entice the Enemy’s Best and Wisest’: China’s War of Stealth
Xinhua’s recent editorial only serves to reinforce Xi’s trajectory and to sneer at what it derides as the declining US: “After multiple blows such as the global financial crisis and the COVID-19 pandemic, the decline of US hegemony has become an indisputable reality. The collapse of Afghanistan is just another node in the downward spiral of US hegemony.”  So where does this mixture of hubris and belligerence come from, and what is it leading to? The answers are extremely troubling.
https://cepa.org/entice-the-enemys-best-and-wisest-chinas-war-of-stealth/

Pulling Back the Curtain on China’s Maritime Militia
Since completing the construction of its artificial island outposts in the Spratly Islands in 2016, China
has shifted its focus toward asserting control over peacetime activity across the South China Sea. A
key component of this shift has been the expansion of China’s maritime militia—a force of vessels
ostensibly engaged in commercial fishing but which in fact operate alongside Chinese law enforcement
and military to achieve Chinese political objectives in disputed waters.
https://csis-website-prod.s3.amazonaws.com/s3fs-public/publication/211118_Poling_Maritime_Militia.pdf

All Over the Map
Across the political spectrum, Americans are moving toward a consensus that China’s authoritarian regime poses the foremost threat to U.S. national security. Under the firm control of the Chinese Communist Party (CCP), the People’s Republic of China presents a challenge that goes well beyond the military, or even the technological, domain. Beijing seeks to shape global architectures, and through them to assert global control. Beijing’s ambitions are evident in its efforts to set global technical standards and control emerging infrastructure, to convert foreign dependence on Chinese resources and manufacturing capabilities into market-making power, and to influence international opinion through disinformation and propaganda.
https://thebeltandnoose.com/all-over-the-map/

Chinese Firm Develops Swarming Drones to “Besiege and Expel” Vessels
Chinese firm Yunzhou Tech has deployed its unmanned surface vessels for many purposes over the past ten years – water sampling, public light shows, oceanographic research, security patrols – but it is preparing to take its technology to a new level for national security missions. Yunzhou is working on swarming technology that would allow multiple drones to engage in “cooperative confrontation” with undesired surface vessels in order to “besiege and expel” them, according to the Chinese Communist Party outlet Global Times.
https://www.maritime-executive.com/article/chinese-firm-develops-swarming-drones-to-besiege-and-expel-vessels

Interpol elects Chinese cop in charge of pursuing overseas fugitives to senior role
Interpol elected top ministry of public security official Hu Binchen serve for a four-year term on the committee, although the Chinese Communist Party (CCP) has been known to abuse the Interpol “red notice” arrest warrant system to track down peaceful critics of the regime far beyond China’s borders, something that is forbidden under Interpol’s charter.
https://www.rfa.org/english/news/china/interpol-election-11262021104543.html